The Monday after the 4th of July Holiday weekend we found ourselves near the MGM Grand with an hour or before picking someone up at the airport.  We decided to wander over by the infamous Lion's Share slot machine in the MGM Grand.

We didn't expect to even have a chance to play it.  Articles and blogs we have read about it have said how popular it has become and that people are waiting in line for hours to play.

We were surprised when we turned the corner and the Lion's Share chair was empty.  No one playing, no line.  Perhaps this was a sign it was our lucky day? 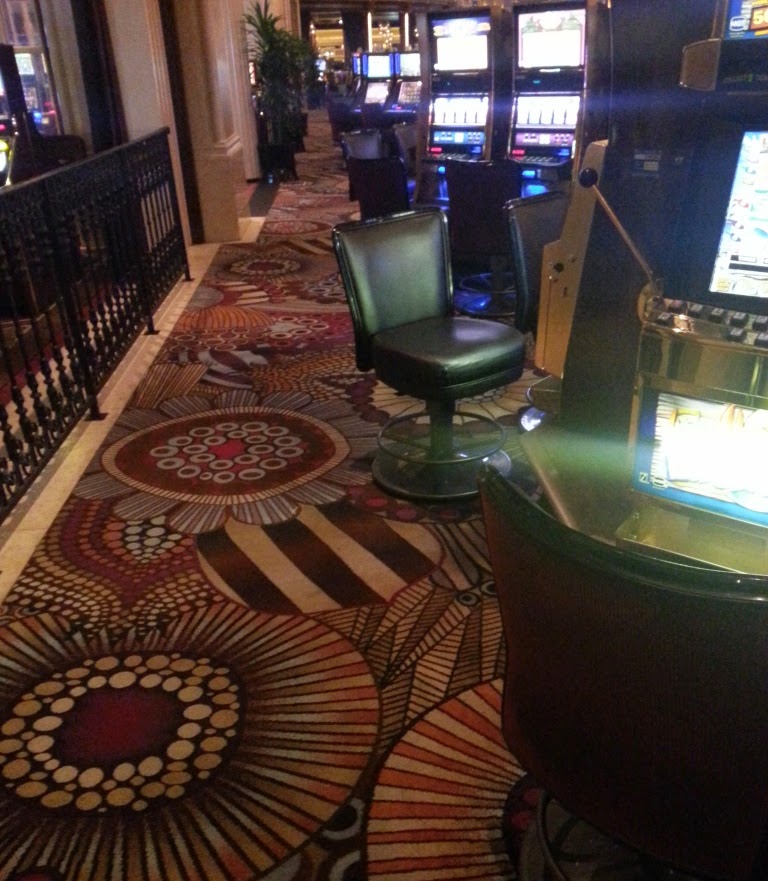 Justin Andrews, executive director of slot operations at MGM Grand, has been quoted as saying that the machine is in constant demand.  He said, “The button gets pressed once every 5 seconds for a majority of the day, it’s very rare to walk by the game and see someone not playing it.”

We threw a hundred in the machine. Keep in mind the machine does not have a ticket in or ticket out system and all payouts no matter how big or small require a hand pay.  Most people end up playing whatever they put in the machine rather than have to wait.  As was the case the last time we played the Lion's Share, we were able to play for quite awhile.  As you can see from the payouts if you hit the bars you win anywhere from 15 to 60 credits. 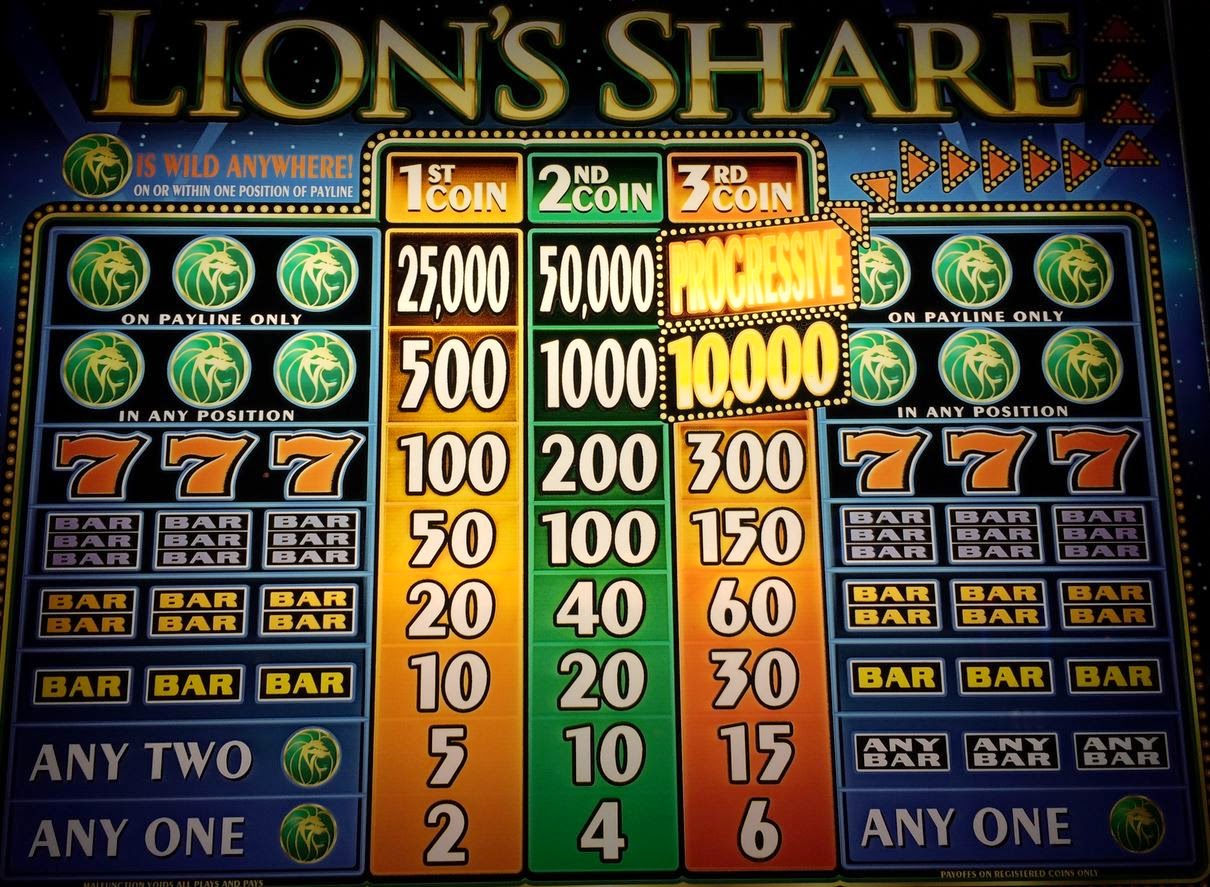 Most often any hits we had were the three single bars for 15. 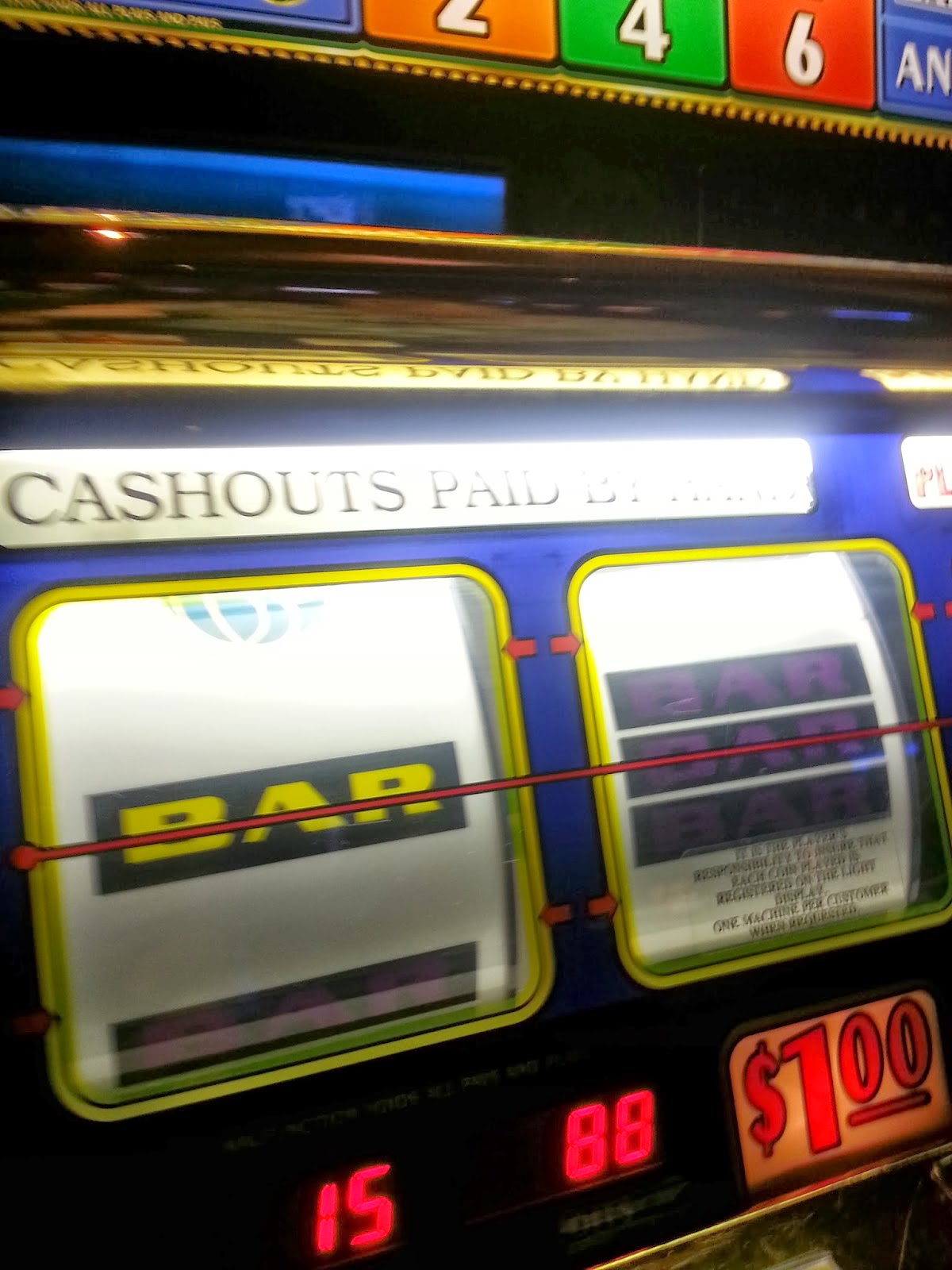 While we played the lion never showed up on the center line even on time. It only showed up on the screen (in any position) 1 time.  That is worth 6 credits.  If all three lions show up in any position you win 10 thousand.  All three lines must show up on the main pay line to win the Jackpot. At one point we were down to 34 dollars and then won several times and got it back up to over 180 dollars. We should of cashed out but kept on going and ended up with -zero-.

The machine is located by the High Limits slots across from the Grand Wok restaurant in the MGM. 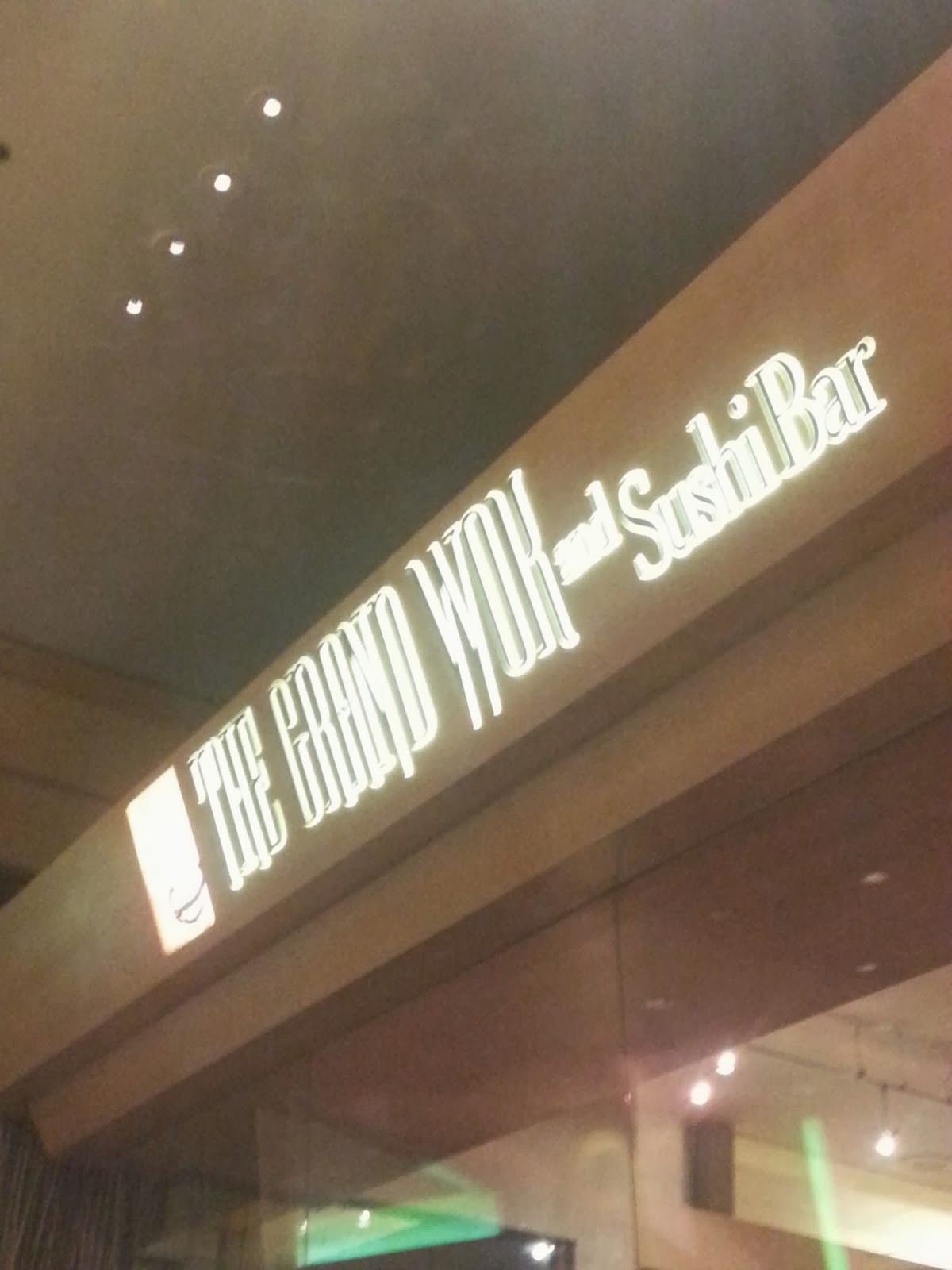 Grab a Starbucks coffee (nearby as well) if you have to wait in line and give it a try. We may have just been lucky to find no one playing as it was late afternoon on a Monday after a holiday.
Even during and after we played no one was there waiting to play it next.

We have heard you even get to take the machine home if you win the jackpot*.

Tip.  Don't play less than 3 credits, you are wasting your time and cannot win the progressive.  Max play is required to win the jackpot with lions on the main pay line.  Even if you get down to one or two dollars, don't be tempted to play less than three.  Add a buck or two to make sure you play 3 every spin.  Can you imagine actually hitting the lions and not being at max play?

*not confirmed just a rumor

For more about Laughlin, Nevada visit our home page here.

*All content of this post is presented for entertainment and informational purposes only. We receive no compensation from the properties or services mentioned in this blog post and are not in any way affiliated with them.

Posted by Laughlin Buzz at 6:41 PM