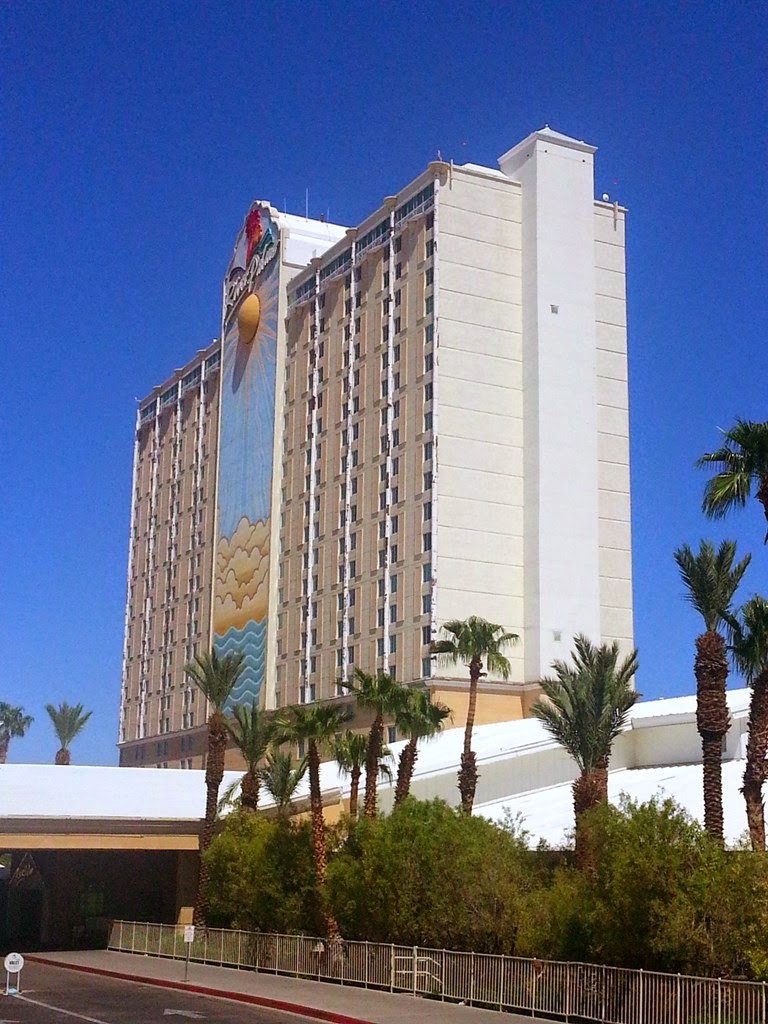 The River Palms is tentatively set to close on September 3rd (2014).

It looks like this will happen right after the Labor Day Holiday Weekend.

Even the large sign/marquee for the hotel and casino is now blank. 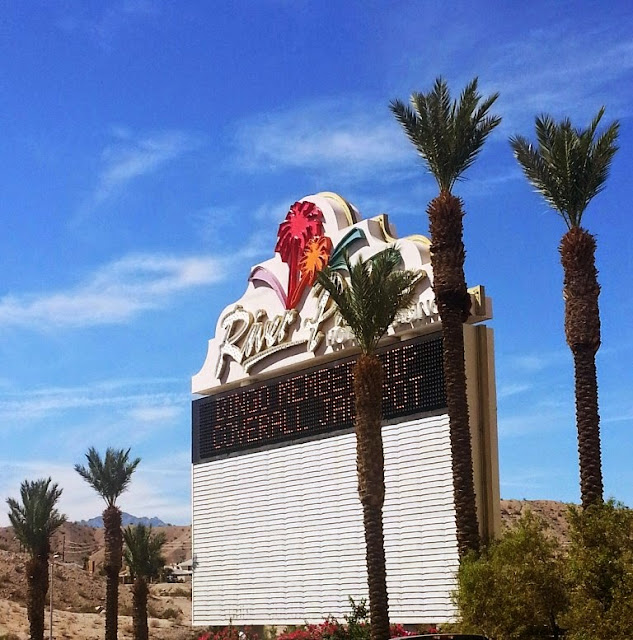 The property was was purchased by Nevada Restaurant Services from Tropicana Entertainment in July for a reported $6.75 million.

The new owners also operate a chain of slot parlor/taverns called Dotty's. They anticipate opening sometime in October after meeting with the Nevada Gaming Commission.

At this point, do not expect them to get a license for table games, it will be slots only.


We have heard the name of the new place will be the Laughlin River Lodge or River Lodge.
The same owners are renovating the Hacienda Casino they also purchased in Boulder City. That one is going to be called the Hoover Dam Lodge.

We dropped by for the first time in a very long time.  And most likely for the last time as the River Palms.  Virtually nothing seemed different than in the past. There were still very few people.  Of those who were there, very few playing machines.  A few others were just walking around, perhaps looking to eat somewhere, often with children.

The 3 table games sat silent.  No dealers, no action. 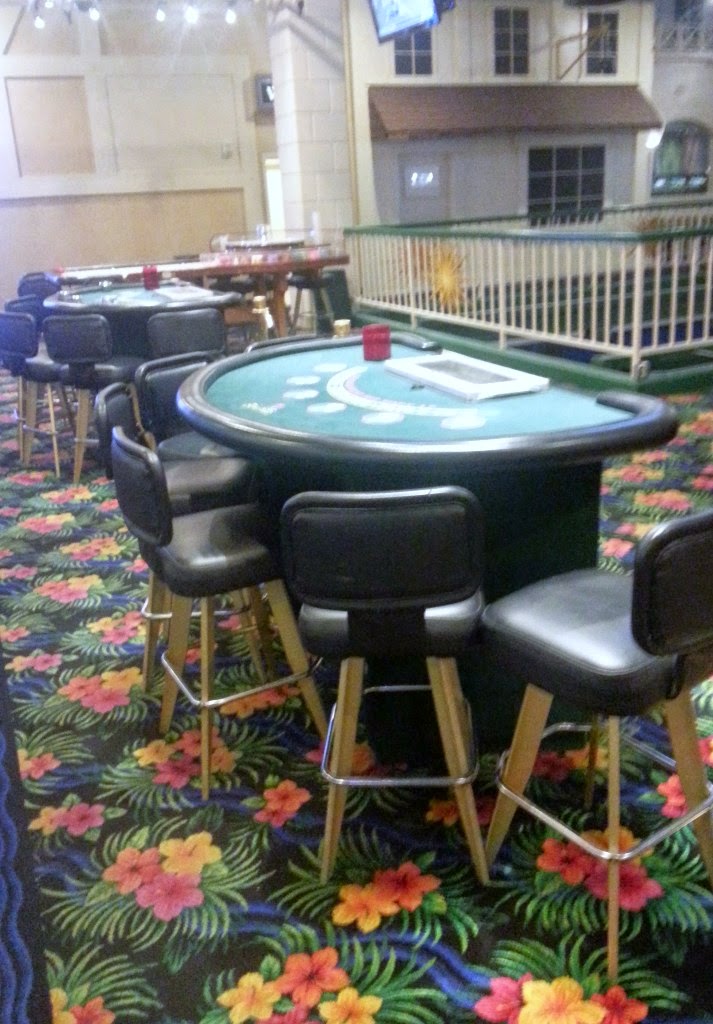 Various rumors are going on about what will reopen or be opened first.  Just the hotel? Or everything at once.  Opening of the Casino may take longer as they go through the approval process.  It remains to be seen which restaurants will remain.

Both Denny's and the Buffet were open when we visited. One family was dining in Denny's and the buffet was empty.  It looked open even though no one was at the hostess stand. Food was steaming in the trays at the buffet. 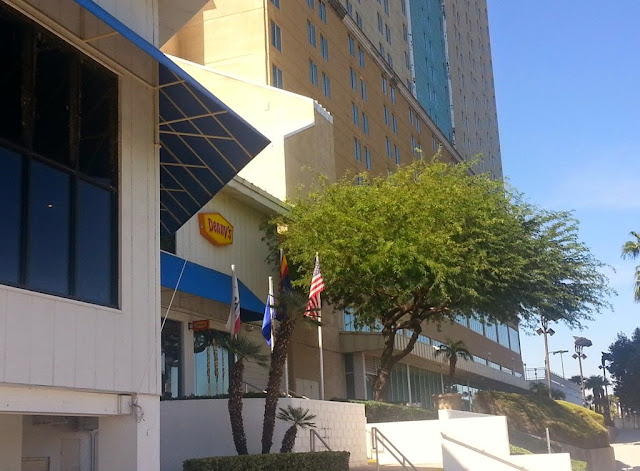 Once the River Palms is closed more information is expected to be forthcoming on what the new place will look like and what will be there. 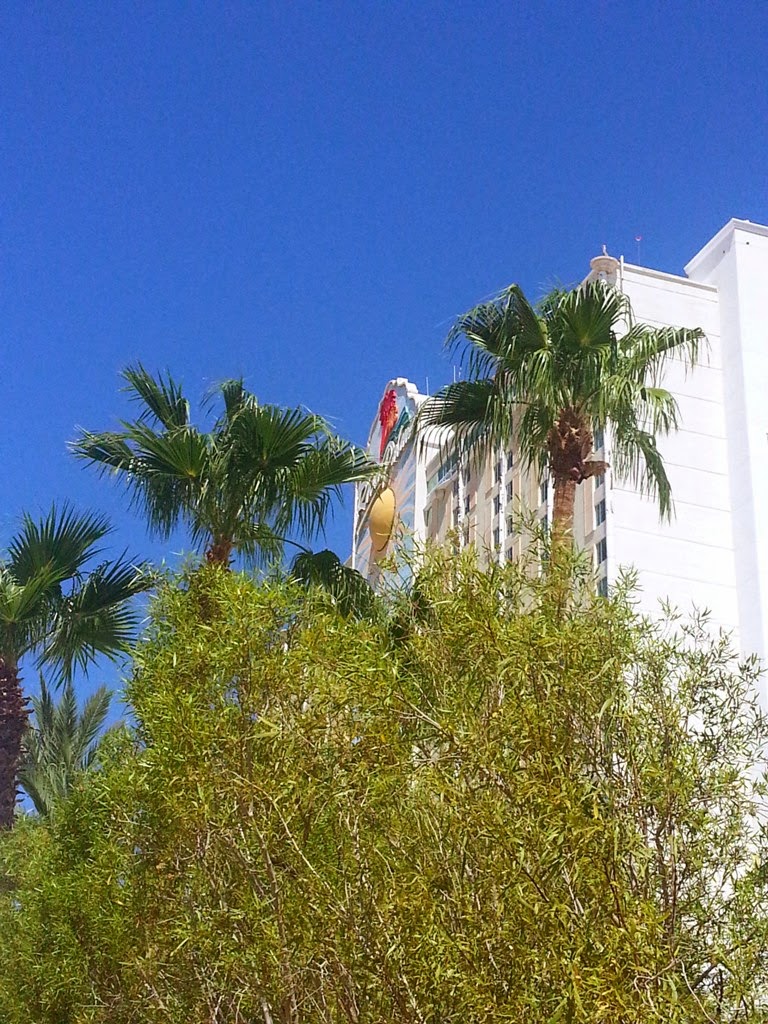 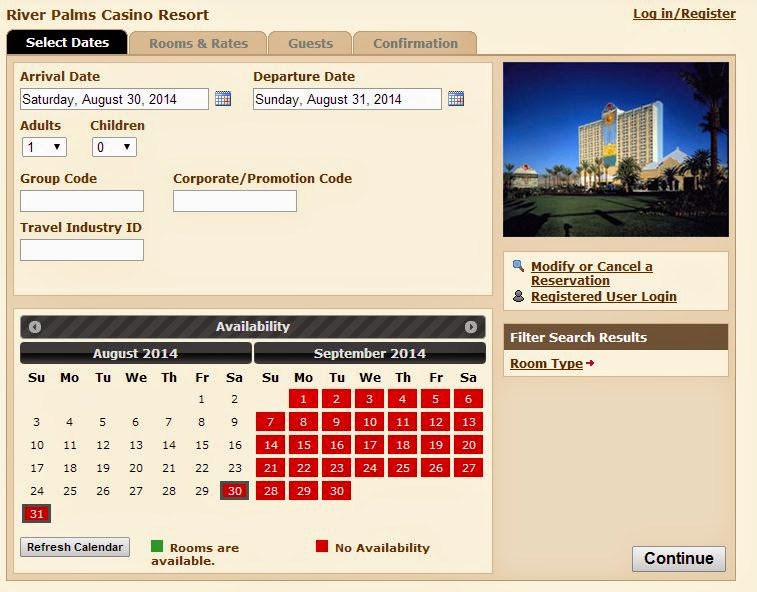 The River Palms website shows that they are no longer taking reservations.  If people are there for the Labor Day weekend, they must of booked in advance.  Or perhaps they are taking walk in guests still. 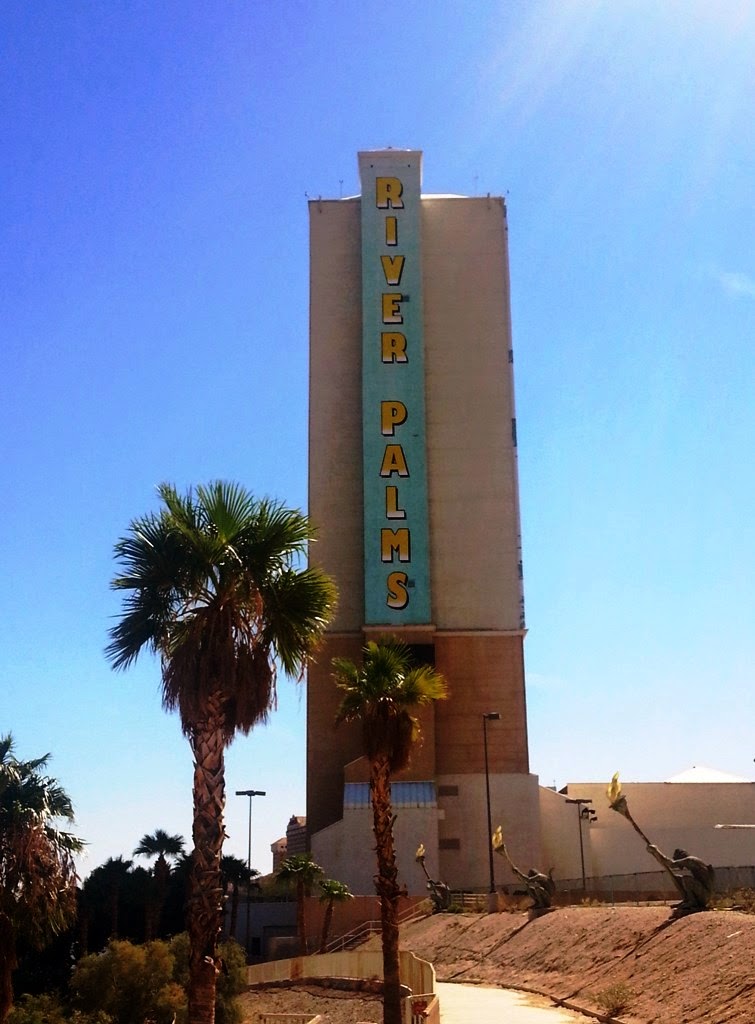 The property has potential.  Not that long ago they repaved the Riverwalk in front and it is a beautiful place to walk and see the River.  The grounds have been well kept, they have a decent pool in full sun.  Hopefully, the new owners have plans to revamp the rooms, clean the inside, and create a nice spot. 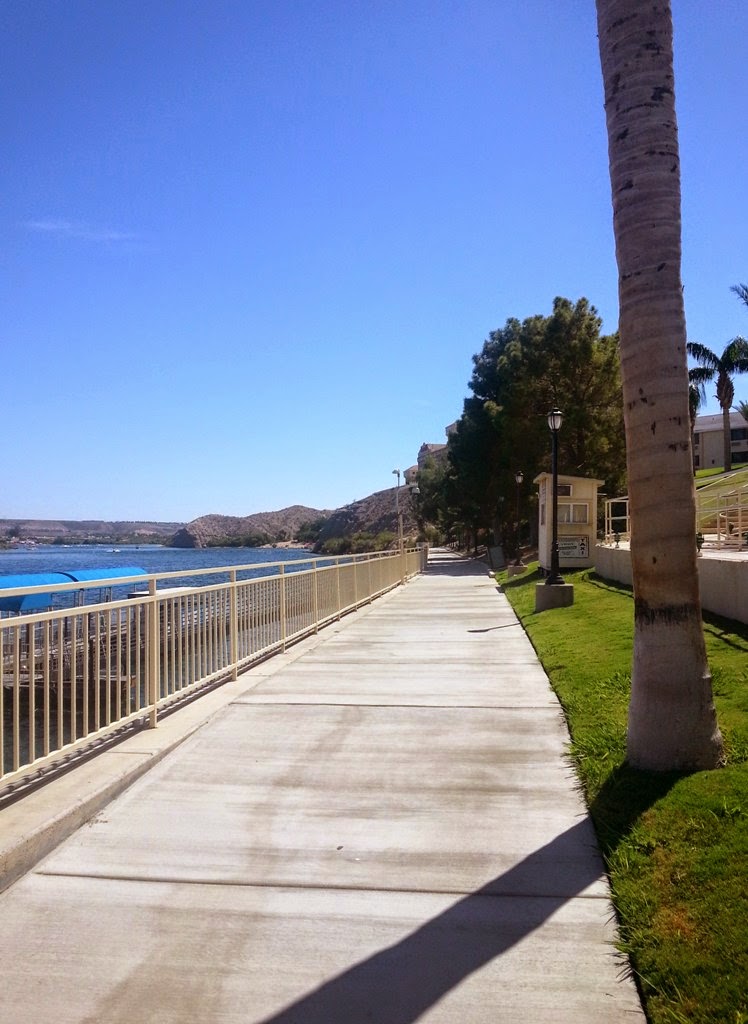 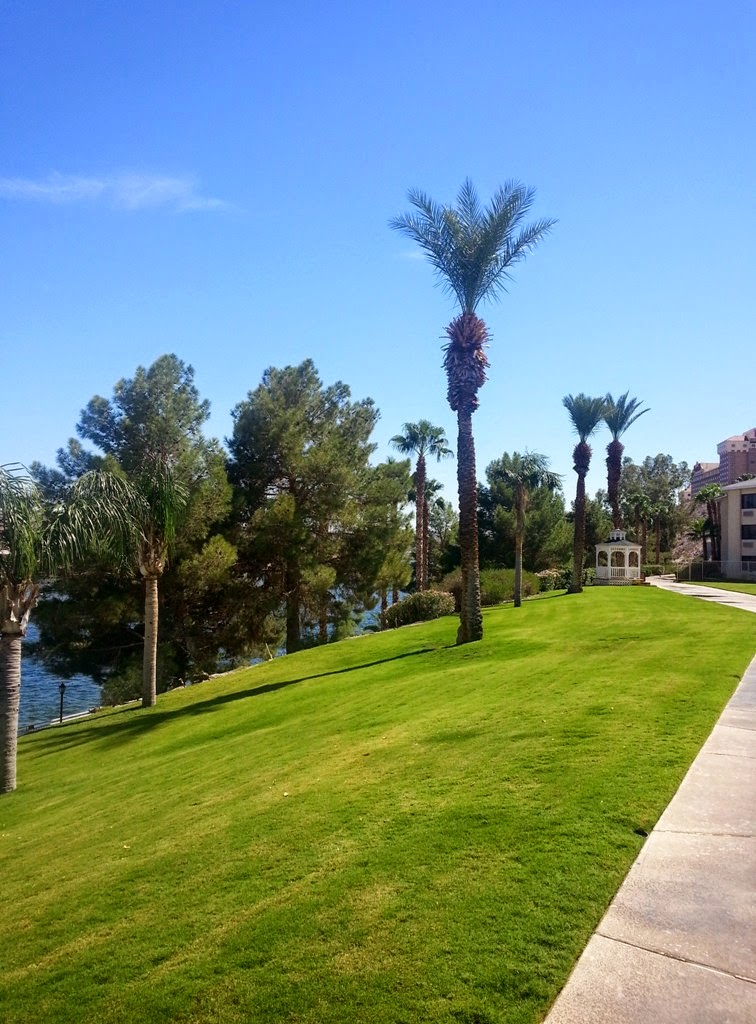 We saw one of the very first machines we ever played at the River Palms when we came to the area.  This is still showing the long time standing $29,999.99 progressive jackpot.  It has been stuck on that amount forever. When the River Palms closes all the money ever played into build that over the years will most likely be "lost". 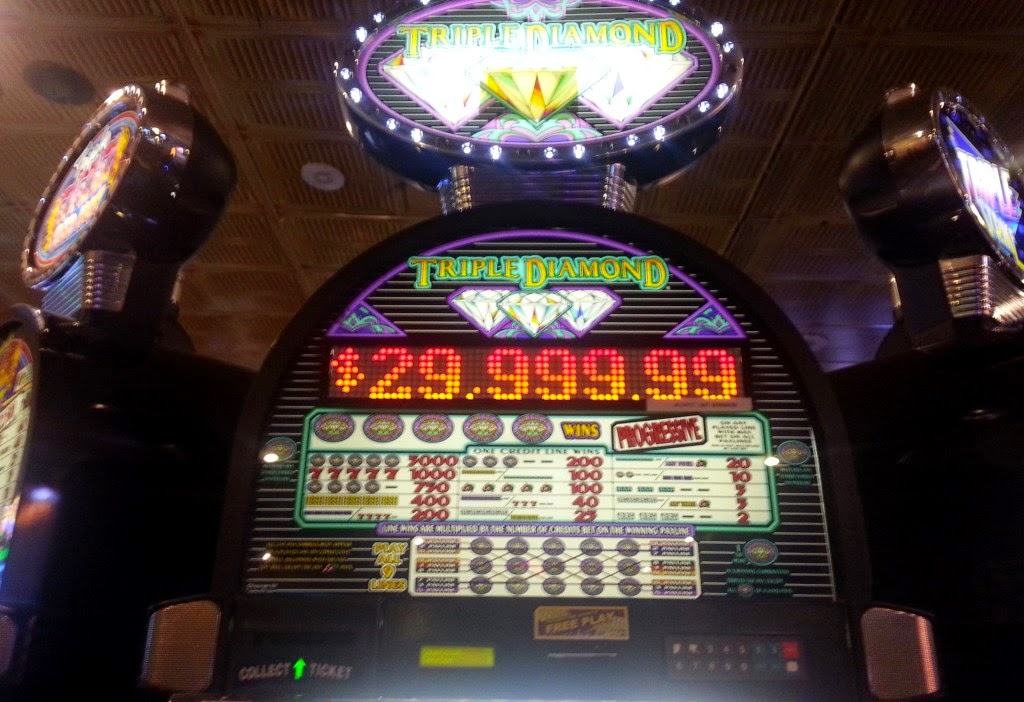 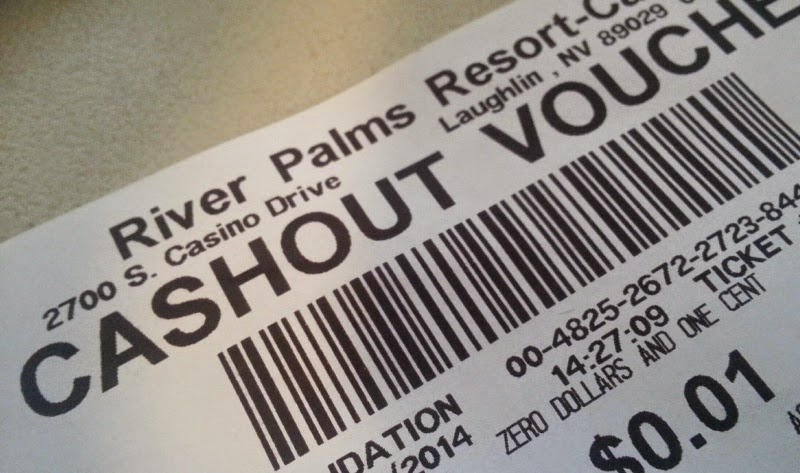 The Bingo was the only place that had more than a handful of people.  Perhaps the new owners will continue the Bingo tradition, although now the Tropicana is adding a new Bingo Hall on their Casino floor. 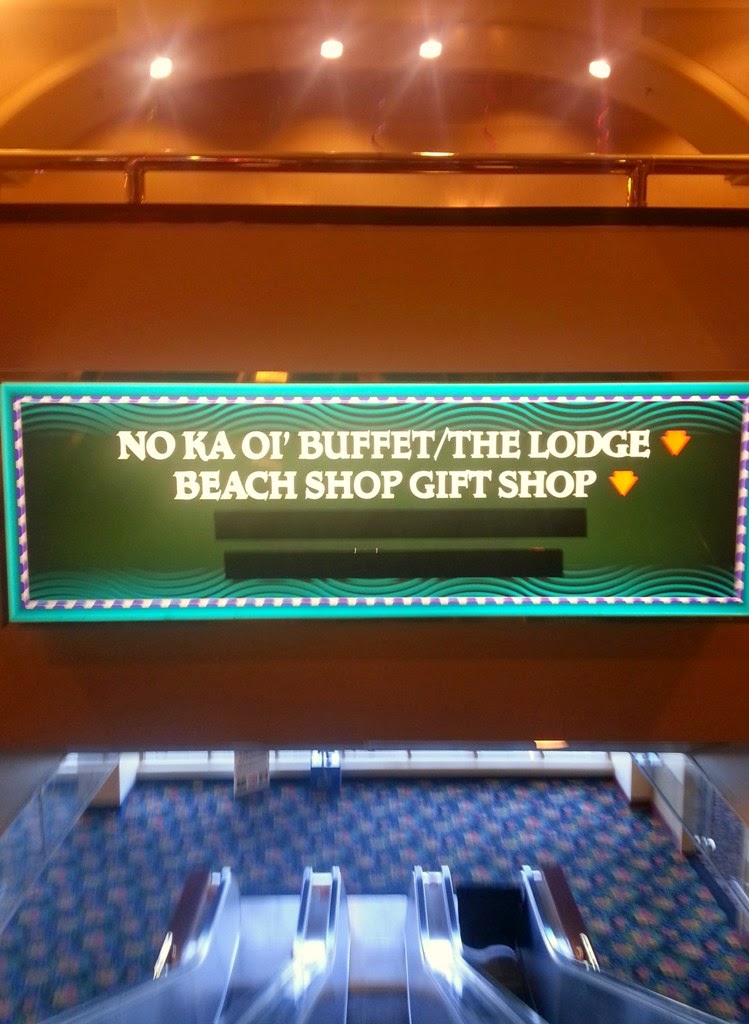 Perhaps the new owners won't use "black out" tape when something changes in their property. 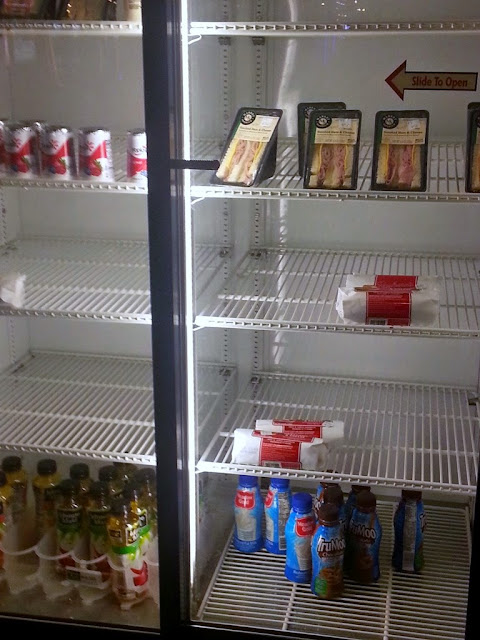 Java Joes, the coffee/snack bar by the Casino floor was open,
but unattended with very little in the coolers. 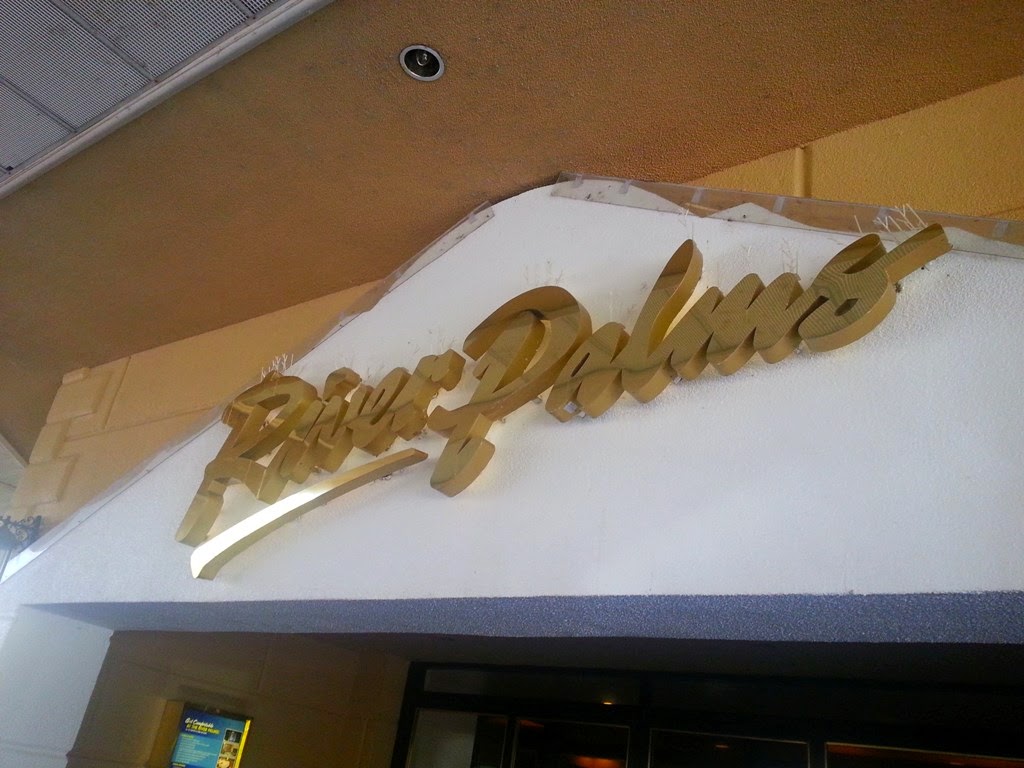 On the way back to the Golden Nugget we passed through the deserted Riverwalk portion with the Big Monkey statues and empty lot (where they held concerts before the Laughlin Event Center was built).

But that's a whole other story. 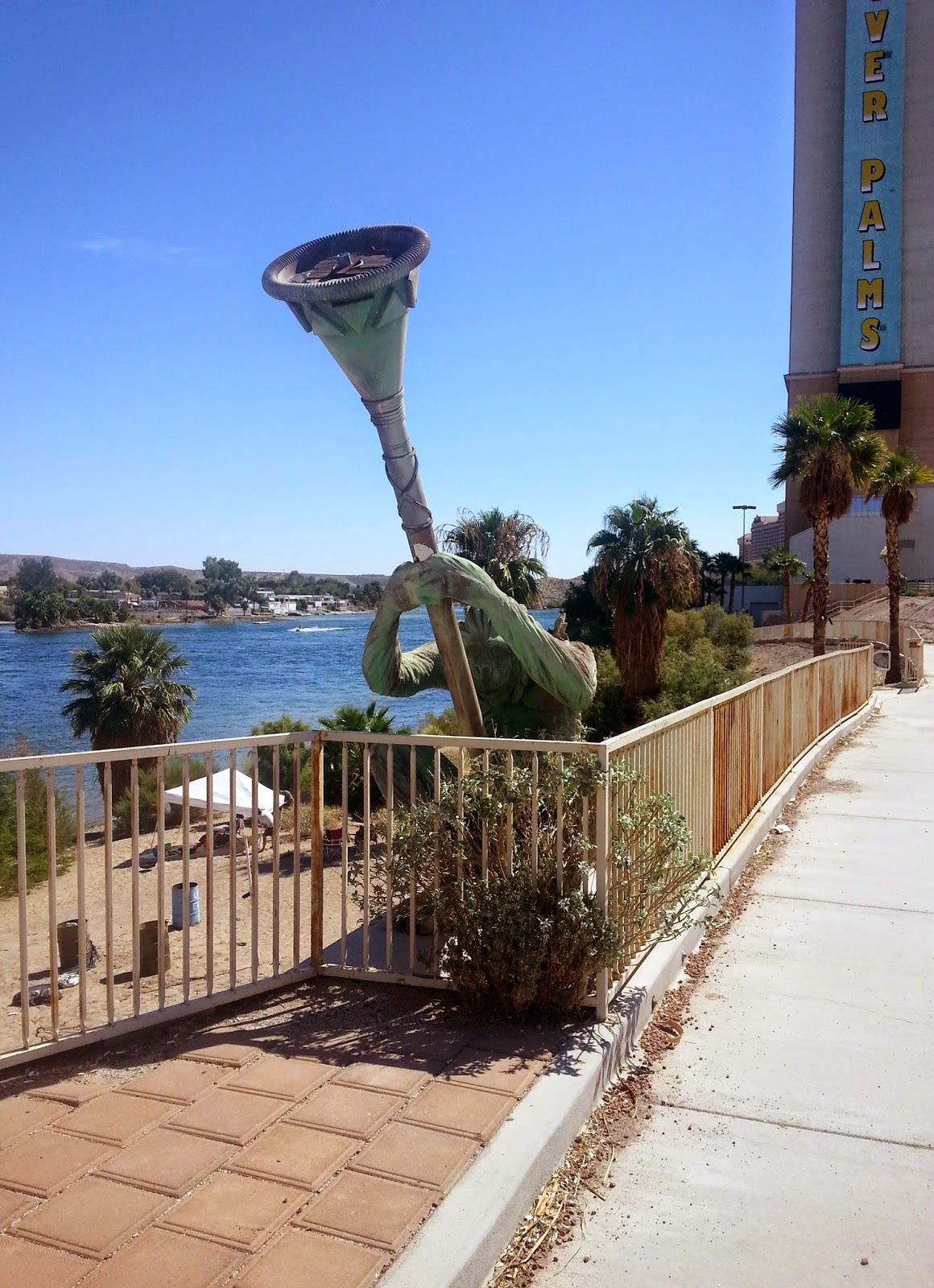 Visit LaughlinBuzz.Com   for more about the Laughlin area.

All opinions expressed are our own and from our personal experience.  Views and information is presented solely for informational and entertainment purposes only.  Photo's presented are ours.  We receive no compensation from the properties or restaurants mentioned and are not in any way affiliated with them.  Dates, times, events if included are the sole responsibility of the property or entity involved.
Posted by Laughlin Buzz at 10:54 AM