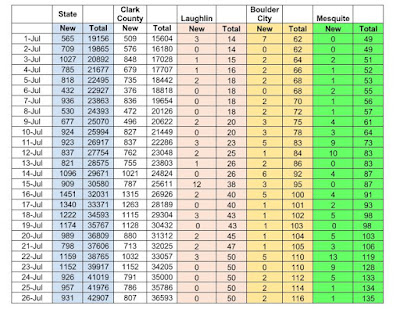 Laughlin, Boulder City, Mesquite Data begins on April 13, 2020.  Prior to this date, no data was available.  Total counts showing <5:  The number of cases in regions with fewer than 5 cases are suppressed.  Blank or no number in the New Column indicates the region was still in the <5 suppressed category.
Clark County : Moapa Valley, Goodsprings, Bunkerville, Moapa, Searchlight are omitted from the chart due to the low number of positive cases.
Data Sources: Southern Nevada Health District Covid-19 Dashboard, Nevada Department of Health and Human Services COVID-19 dashboard 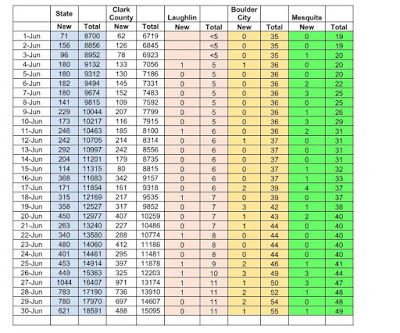 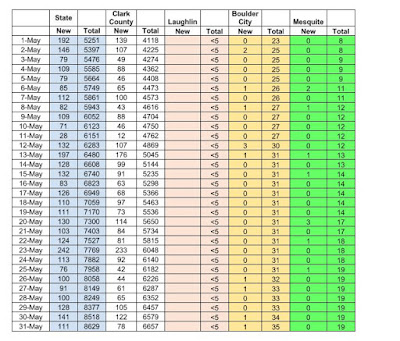 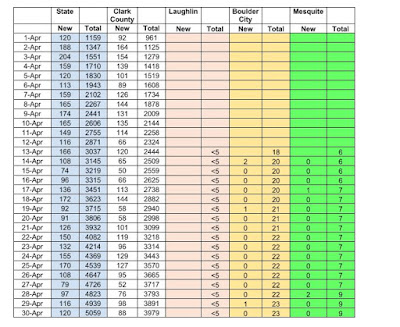 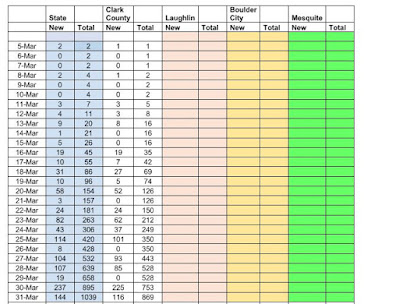 View and Download the PDF file of this data

Posted by Laughlin Buzz at 2:26 PM No comments: 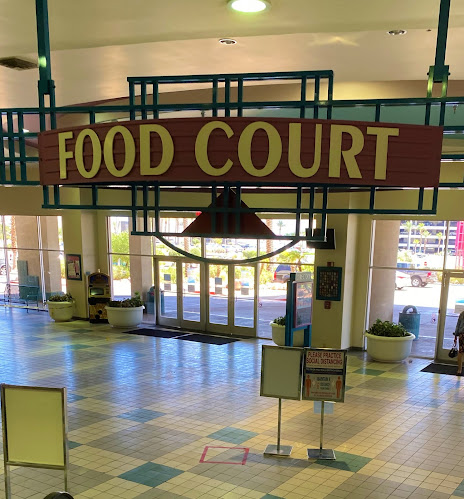 The Laughlin Outlet Center Food Court appears to just have three businesses open at this time: 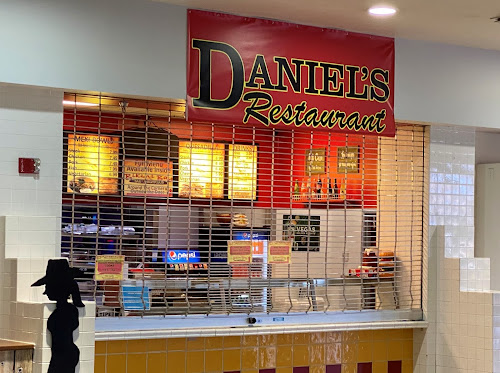 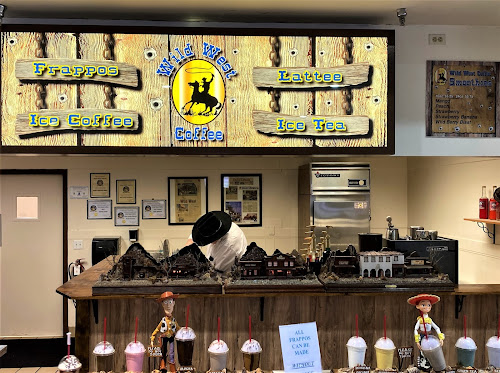 Wild West Coffee is the longest-running tenant in the Food Court and is open from 10am-5pm daily.     See their menu here. 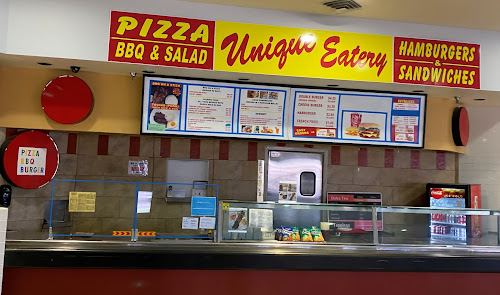 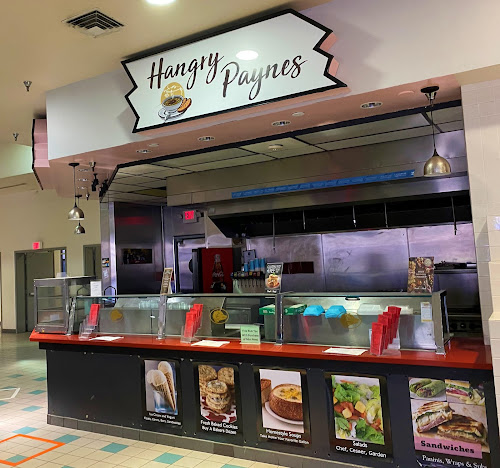 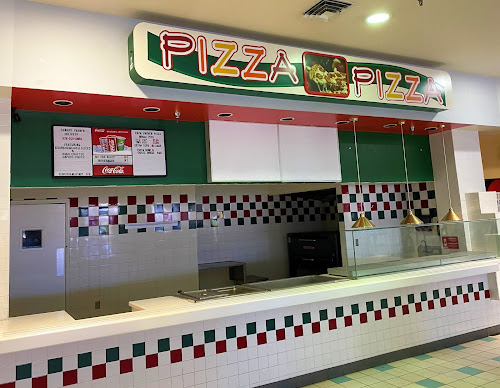 Hangry Paynes and the Pizza Pizza location have not yet reopened after the pandemic closure that occurred in March.    There is also one other empty storefront.

Support these local owners and businesses next time you are in Laughlin.   Stop in and give them a try, you might be pleasantly surprised!

Posted by Laughlin Buzz at 6:07 PM No comments:

Bullhead City to close beaches on weekends through September

In issuing the proclamation, Mayor Brady offered the following comments:
Today I am issuing an order to close the beaches and boat launches in Bullhead City parks from Friday through Sunday of each week through Labor Day weekend.  This decision, along with the decision regarding the wearing of face coverings, has been an extremely difficult one to make, and it is done with a full understanding of the repercussions to our citizens and our business community.
Throughout this entire pandemic, I, as well as the city manager and police chief, have been involved in countless daily meetings and briefings with the top medical professionals, health care administrators, first responders and the governor’s office. Our top priority in every decision has been the ability of our medical community and first responders to safely deliver all the resources necessary to those who need treatment from this disease.  This includes hospital beds, ventilators, personal protective equipment, testing, and adequate staffing to name just a few.  Until recently, the information we received locally was that we were prepared and our number of confirmed cases was low.
Now we are being told that hospitals elsewhere in Arizona are being overrun and that they are transferring them to rural hospitals that still have capacity.  That hasn’t happened yet in Bullhead City, but our number of positive cases is spiking and our hospital admissions are climbing enough that it is time to take further actions.
Initially we resisted the mandatory face covering order and strongly encouraged our citizens and businesses to voluntarily comply.  That didn’t work and with the numbers rising dramatically, I was forced into the hard decision of making them mandatory in all indoor public spaces.
I had hoped that since we control only a few areas of the Colorado River shoreline, we could keep them open by reducing the numbers of visitors allowed to an acceptable level for social distancing.  However, last weekend our out-of-towners figured out a way to thwart our plan, and they crowded our beaches to socially unacceptable levels.  In trying to control large crowds moving forward, I now realize our limitations and believe that no matter what the City does, non-compliance and overcrowding will continue to occur, which is not acceptable in trying to stem the spread of this virus.  As such, under a new proclamation with further details, I am closing city controlled beaches and boat launches and associated parking lots on Fridays through Sundays.
Together we will get through this pandemic, but it requires each of us to do our part in stopping the spread.  Let’s all pray that it ends quickly with no more suffering or fatalities. 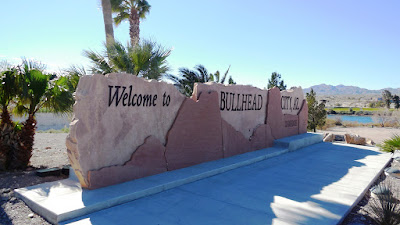 Posted by Laughlin Buzz at 6:10 PM No comments: