Huey Lewis and the News in Laughlin, NV 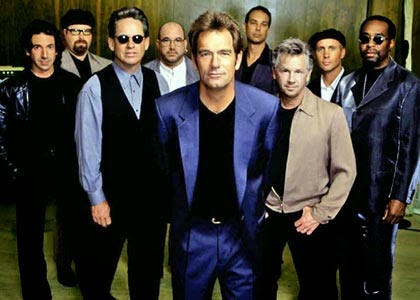 Tickets range from $30 to $90 and a quick check of the online ticket website shows some seats left but not that many.


Huey Lewis and The News is marking the group's 35th anniversary.

Information about the band*.

Huey Lewis and The News have been defying the rock odds makers for three decades. 2009 marked the group’s 30th anniversary. Formed from two rival Bay Area bands in 1979, their contagious brand of straight-ahead rock n’ roll has outlasted countless trends, selling over 20 million albums worldwide in the process.

Huey Lewis & The News have carried the banner as the quintessential American rock band, endearing them to millions of fans and earning them the right to mark their place on the pop history map. These Grammy Award winners have written and performed such classic Top Ten Hits as “Heart of Rock & Roll”, “Stuck With You”, “I Want A New Drug”, “If This Is It”, “Hip To Be Square” and “Workin’ For A Livin’”. The group also wrote and performed “The Power of Love” and “Back in Time” for the hit film Back To The Future. “The Power of Love”, which was nominated for an Academy Award, went all the way to #1 on Billboard’s singles chart.

As great a recording career as the band has had, it’s their live performances that remain the stuff of legend. They have toured worldwide continuously for more than 30 years. Huey Lewis & The News incorporate a variety of musical influences, including R&B and soul, to create their own unique sound. One of the highlights of their show is their a Capella rendition of early rock n’ roll classics such as “Sixty Minute Man”, “Under The Boardwalk” and “It’s Alright”.

Visit our
Laughlin Buzz HomePage
for more about the Laughlin area.

*All content in this blog post are presented for entertainment and informational purposes only. Dates, times, and events are subject to change by the owner/vendor/property in charge of the events. Information about the band source:  Huey and the News Official Facebook page. We received no compensation from the properties, events, sponsors, groups, organizations, or restaurants mentioned or pictured in this blog post and are not in any way affiliated with them.

Posted by Laughlin Buzz at 4:14 PM