The Nevada Gaming Control Board released the gaming revenue numbers for July of 2015.

Overall Laughlin gaming revenue down 1.77% and visitor volume down 3.7% for July*.

The Nevada Gaming Control Board released the July numbers showing statewide gaming revenue was 922.9 million, down 0.96%.

The breakdown by area is as follows:


The (LVCVA) Las Vegas Convention and Visitors Authority also reported that the number of visitors to Laughlin in July dropped by 3.7% compared to the same period in July 2014.  (See the graphic from the LVCVA report/website) 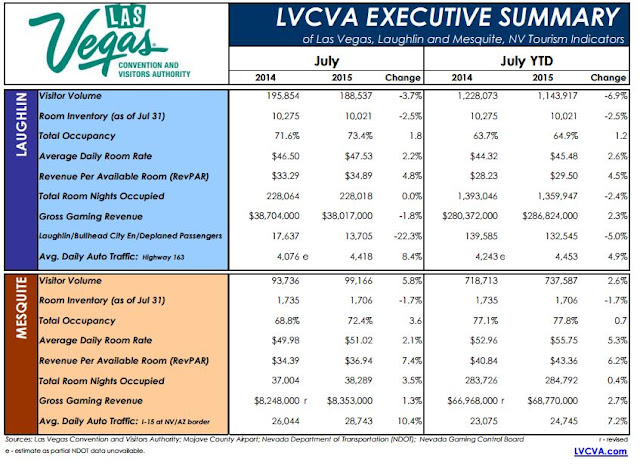 The decrease in Laughlin was only the second one in the past 7 months.  Previous month's statistics are shown below:

*Gaming numbers are comparisons based on the same month for the previous year. 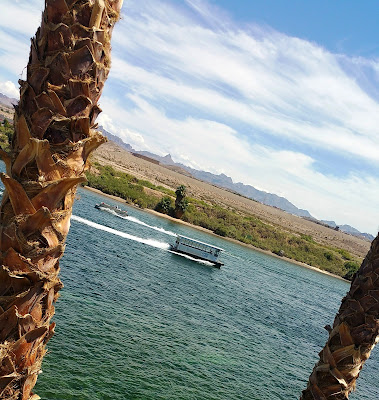 All content and pictures are presented for informational purposes and are based on and taken from the Nevada Gaming Control Board Press Releases and the LVCVA website and statistics.  We are not affiliated with, nor receive any compensation from any of the properties or entities mentioned herein.