After our last visit to Bumbleberry Flats we still recommended it as a good place to get breakfast or lunch. 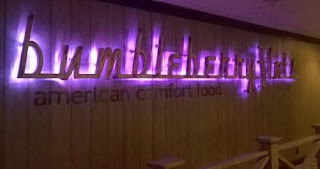 Taking our own advice, we tried a late lunch on a recent Sunday.  This was long after the Sunday Brunch crowd had cleared out.

We were seated fairly quickly despite the hostess looking a bit unsure where to sit us among the dozens of empty tables.  We ordered iced tea and looked over the menu. 15 minutes passed and no one came around. 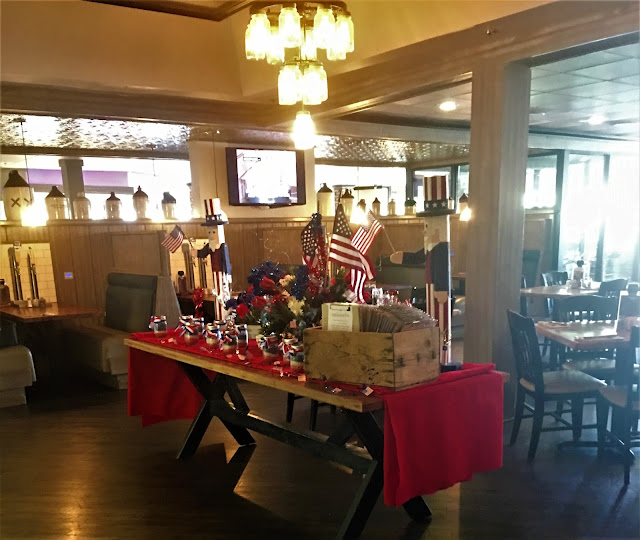 I suggested we leave and walk over to the Golden Nugget and try ClaimJumper. Just before we were going to a server (apparently not for our table) came and asked if we had been helped and took our order.

We long ago accepted the fact that the time from order until the food comes out is often long at Bumbleberry Flats.  It even says so on their menu, as everything is prepared upon order.

But---another 15 minutes went by and another server came by the table and said she was taking over. We weren't offered more iced tea (and it was kind of warm in the dining room).  It seemed like the A.C. was on low.

Another 10 minutes went by and she came and said our order was being prepared now.  10 more minutes again passed and our two simple lunch orders finally came out. 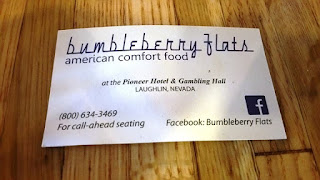 The Smoked Brisket Sandwich was o.k. but not as good as on previous visits.  Something was not quite the same. It seemed more prime rib/french dip like than brisket.  One half was thinly stuffed and soggy, while the other half was filled with brisket. The apple coleslaw was good, although this is a love it or not type of item.

After this sandwich we say if you want anything Brisket in Laughlin the place to go is Blaze N Blues BBQ or across the river in Bullhead City to Uncle Bo's BBQ. 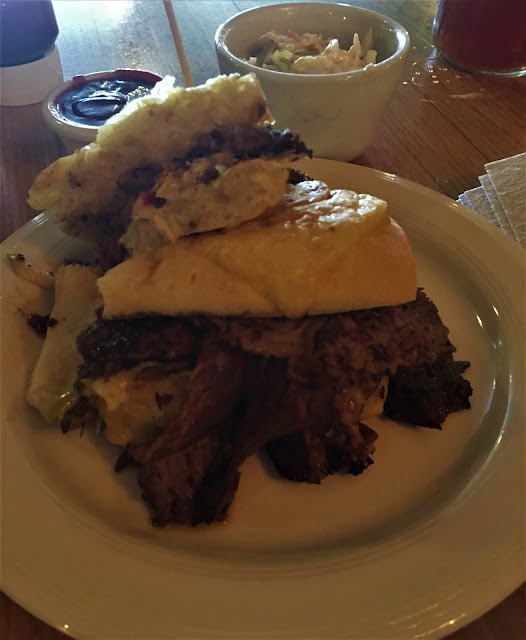 The Mushroom Swiss Burger was better than the Brisket sandwich.  The burger itself is very big and was cooked perfectly.   However, something happened to the fries and the plate. The portion of fries was cut back and they had a different taste. Before they were delicious and enough for two people.  To accommodate this it seems like they chose to use a smaller plate. The portion was still fine but it is easy to see they have done a bit of cutting corners at Bumbleberry. 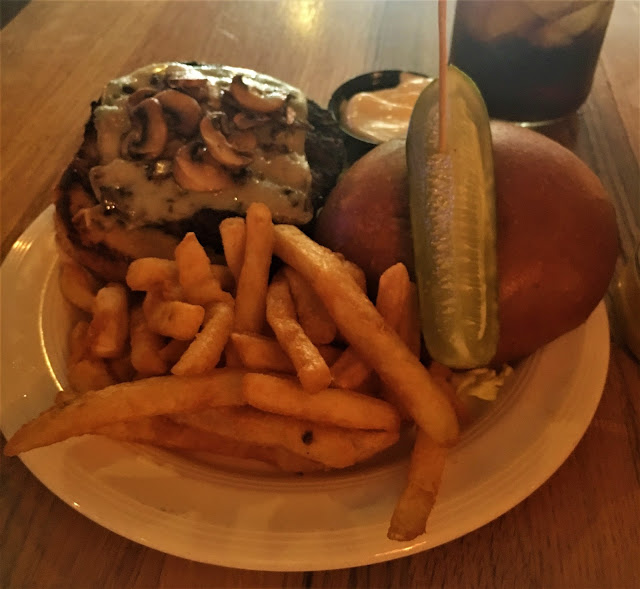 We were never offered a refill on the tea.  After finishing it took too long again for the bill to show up at the table.   Service overall as the worst we have ever had there. 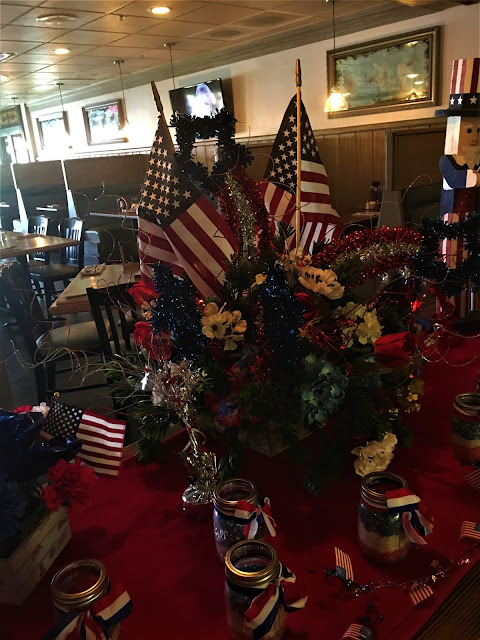 Bumbleberry Flats used to be high on our list of recommended spots.

Now, perhaps we should listen to the voters in the Best of Laughlin poll for 2017.  They were voted Best Breakfast, Best Late Night Eats and Best Bloody Mary.   This might be the way to go if dining there again.

For us, it might be awhile before that happens.

Visit our Sponsors at:


All content of this article is for informational or entertainment purposes only. The review is based on our personal experience only.  Prices, menu items, and other specifics mentioned are subject to change by the owner. Laughlin Buzz is not affiliated with and received no compensation for sharing this information.
Posted by Laughlin Buzz at 6:21 PM