A campaign by the Laughlin EconomicDevelopment Corporation resulted in local property owners recovering $4.06 million of $4.09 in unused bonds from three Clark County Special Improvement Districts for Needles Highway, Unnamed Wash, and Hiko Springs Dam and flood control channels. Only about $28,000 went unclaimed by the deadline. That was the word given by Bob Bilbray, Strategic Development Advisor for the LEDC, at the Sept. 11 Town Advisory Board meeting.

The Laughlin situation will result in changes to Nevada law when the Legislature meets from Feb. 4-June 3. Bilbray said Dr. Joe Hardy, R-District 23 (including Laughlin and Searchlight), has an early bill draft request to amend state law to, among other things, increase the 60-day limit for property owners to reclaim their share of a district's unused bonds. In Laughlin's case the funds sat in the Clark County Treasurer's Office for 12 years. Treasurer Laura Fitzpatrick agreed that feature and some others need to be changed to allow more time, similar to the deadlines the Nevada Revised Statutes impose on tax lien sales by the County Assessors' Offices. Joining the effort will be Clark County Commissioners Steve Sisolak, whose district includes Laughlin and Searchlight), and Jim Gibson.
In its effort, the LEDC even mailed reminder cards printed in red to those owning residences, sent out news releases, made personal contacts, and did everything it could to make this "the most successful bond refund in Clark County history, but only because this community got up and yelled like h---," Bilbray said.

The strategic advisor noted that 1,575 checks were received (some persons owned more than one affected parcel and thus received a check for each parcel). Only two owners failed to file within the deadline, and he said a letter to the editor by one of them was not a valid complaint against the county, since the time limit was set by the Legislature. He spoke at the end of the meeting when the LTAB hears public comments about matters not on its agenda. 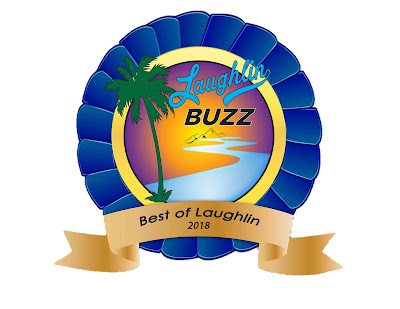 The Best of Laughlin Awards for 2018
See the Winners