LAUGHLIN – A candidate for Nevada Congressional District 3, Danny Tarkanian, will be the speaker at the next Laughlin Leadership Forum program at 5 P.M. on Thursday, Sept. 22, in the American Legion Hall.
The public is invited and admission is free; the Forums are sponsored by the Laughlin Economic Development Corporation. The Legion post is at 1510 Bruce Woodbury Drive about a half-mile downhill from the Needles Highway.

Tarkanian, the son of famous University of Nevada-Las Vegas basketball coach Jerry Tarkanian, won the Republican Party nomination for the upcoming election to succeed Dr. Joe Heck, who is seeking to become one of the two U.S. Senators for Nevada. Tarkanian is facing Democrat Jackie Rosen of Henderson, who also has been invited to be a Forum speaker on the available Thursday Forum dates.
His platform for the 2-year term includes 13 planks, starting with make America safe and secure again, reduce middle-class health care costs, and balance the national budget with fair trade for the U.S. economy. He also wants to preserve Social Security, fix the broken immigration system, and overhaul the self-serving culture of the national government.
Other planks include growing the economy for everyone, make American self-sufficient in energy, end crony capitalism, cut taxes to disarm the national bureaucrats, all lives matter so life and liberty must be protected for all, empower parents instead of national bureaucrats with no Common Core Curriculum in education, make America respected and feared again with no apologies, and a vigilant defense of the Second Amendment right of citizens to keep and bear arms.

Tarkanian and wife Amy have 4 children. He graduated from Las Vegas Bishop Gorman High School, earned a degree at the University of Nevada-Las Vegas, and his law degree from the University of San Diego. The owner of a real estate business, he also established a basketball academy for youth. Tarkanian has run for elected office in Nevada 4 times, for Secretary of State (twice), U.S. Senate, and the Nevada Fourth Congressional District.

Other upcoming L.E.D.C. Forum dates and events are:

Early voting in Laughlin will be at the Las Vegas-Clark County Library Branch on Saturday, Oct. 22, the first day of the 2 weeks of early balloting. General Election Day at the library will Tuesday, Nov. 8. 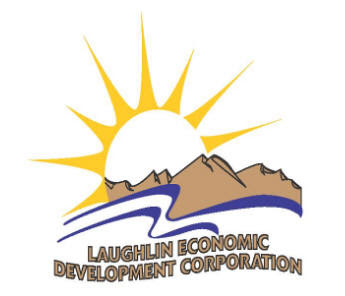 Posted by Laughlin Buzz at 8:08 PM