We have only visited Bumbleberry Flats a couple times since Chef changes happened.

Recently we discovered that we had a Restaurant.Com certificate from 2015 that we had not redeemed.   When browsing through the restaurants where it could be used, surprisingly BumbleBerry Flats was on the list.   We figured why not give them another try for dinner, especially at a discount with the certificate. 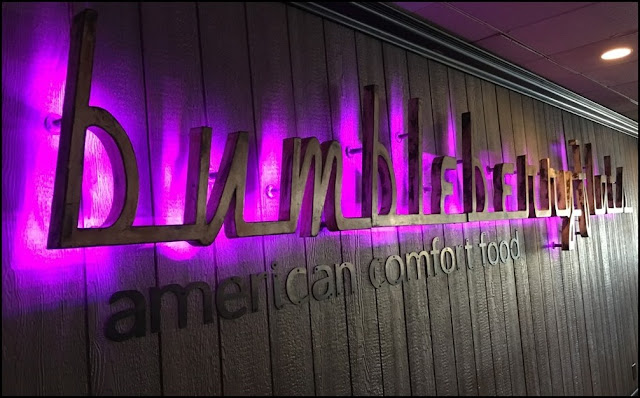 The first thing we noticed was far less people dining.  The menu seemed unchanged.   As it turned out there were some changes in the items in certain dishes though.  Plus what seemed to be less finesse in the actual cooking of the food.

The Filet Mignon was good, just not as good as a previous visit. It lacked seasoning and was also a slightly overcooked Medium Well.  It had been ordered Medium.  The baked potato seemed like it may have been sitting around a bit too long as well.  Or was just over baked. 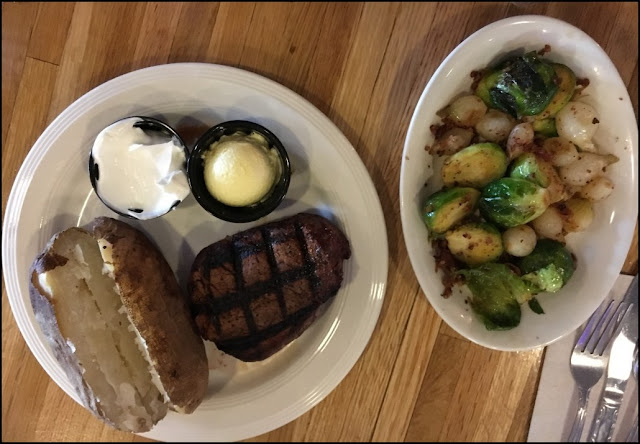 The Brussel Sprout side dish has always been excellent.  This day the sprouts were way under cooked. Especially the bigger ones.  The portion was cut back too.  Before it was enough to easily be a side for 2-3 people or there would be extra to take home.   More pearl onions were included than Brussel Sprouts.

The Sweet Tea Pork Chop has always been another favorite of ours.   Again, this dish has slipped a bit.   The grits were not as smooth and creamy.   The pork chop itself was good but not as juicy as before.   The half of baked peach that used to sit on top of the pork chop was replaced with way too much peach in a preserve.  It may not have come out of a can but tasted like it could of. 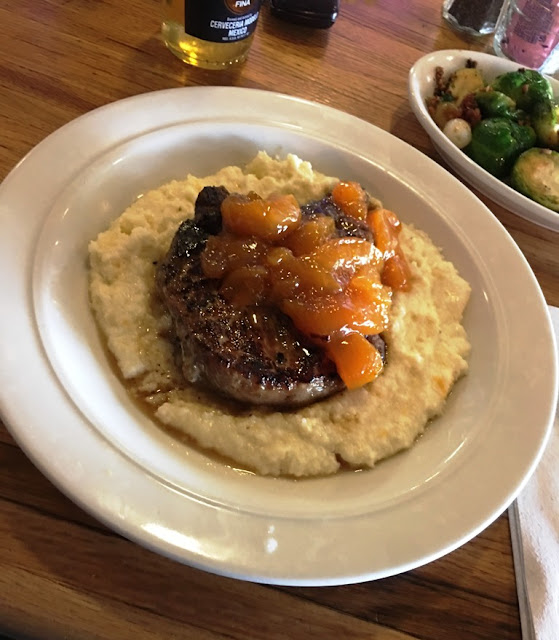 The Cowboy Ribeye Steak was also overcooked, though at least it had good seasoning.  The baked beans were different than the last time.  They left a very odd aftertaste and no one who sampled them liked the flavor. 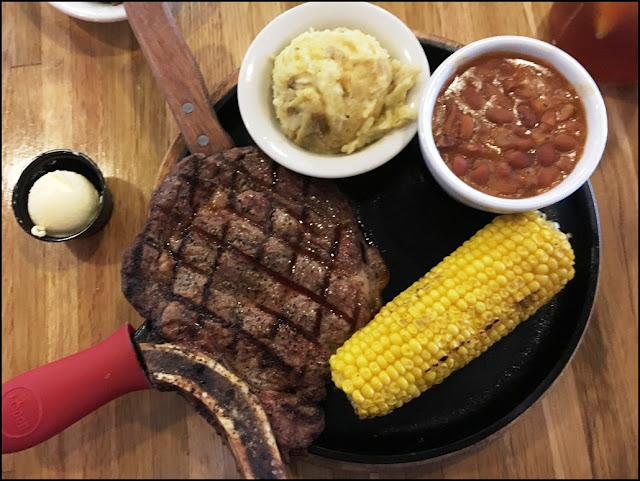 Service at the table was slow and not quite as friendly.  Keep in mind, Bumbleberry Flats does have a note on their menu that it takes time to prepare all meals.  We knew this, but even so it seemed longer than usual.  It might be a good idea to order an appetizer or extra drinks for the wait.

We passed on dessert.  On the way out we looked in the dessert display case at the front of the restaurant.  Even those did not look as good as on previous visits.

We will probably visit Bumbleberry Flats again in the future.  Just not for dinner.  Breakfast or lunch might be the best time.  Upon leaving we felt a better but similar type choice would of been Saltgrass at the Golden Nugget or The Lodge Steakhouse at the Laughlin River Lodge.

Bumbleberry Flats won several Best of Laughlin awards over the past two years, including Best Restaurant in Laughlin.  It is sad they seem to have slipped a bit on the taste, details, and flavor of their food.   This had always been one of our recommendations for visitors to try.

It will be interesting to see how they do in this year's 2017 Best of Laughlin survey that is going on right now.   You can vote at the link below for your favorites.


Become a Sponsor with Laughlin Buzz 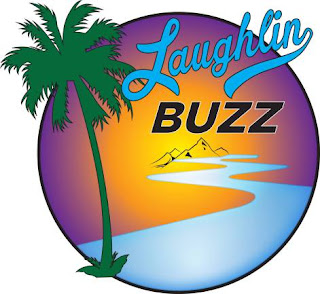 *This review is our own personal opinion, your experience may differ.   We have no affiliation with the restaurant or property involved and received no compensation of any kind from them.  We have no affiliation with Restaurant.Com and mention of them is not an endorsement. BumbleBerry Flats certificates may or may not be available on that site in the future.  Pictures by Kristin Ann for Laughlin Buzz.  These may be used for personal use, with attribution.