Aftermath of a Rain on Laughlin Streets - No Excuse

Following heavy rains over a couple days around 9-11-12 substantial dirt and gravel ran off and covered the intersection of Needles Highway and El Mirage Way in Laughlin.  This location is a well traveled section just across from the Laughlin Town Center (up the hill from Casino Drive).

A full week later (as of 9-18-2012) absolutely nothing has been done to clear this safety hazard from the streets.   See video at the end of this post for more pictures. 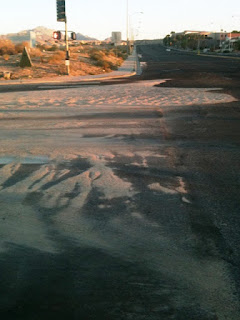 If you continue up El Mirage Way which circles through a major residential area the damage is even worse.  Run off has not only covered the road in dirt and gravel, but in addition large crevices and holes have been left open for days.  These are right along the road, partially into the road.  At night they would be virtually unobservable and could cause major damage to a car or even injury to someone who accidentally goes into one. 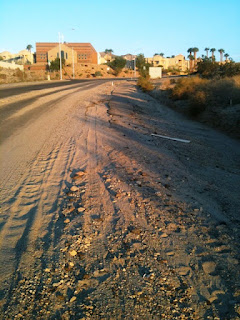 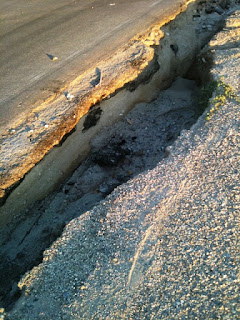 *They have piled dirt off to the side on El Mirage Way (apparently for intended repairs but it has just been sitting there).

Who is responsible in Laughlin?   Clark County?  Laughlin Officials?

At the very least someone could of put up a warning sign and cones by the dangers to warn drivers.

Until a sweeper can be brought in (why hasn't it already?) hire someone to use a broom and clear some of the dirt and gravel off the roads.

After a week there is no excuse that someone has not addressed these safety hazards. Someone should be accountable.


Visit  http://www.laughlinbuzz.com for more going on in and around Laughlin, NV. 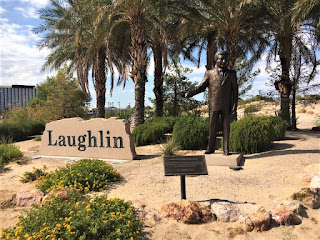