Based on our recommendation about the Special "4 Deuces" breakfast available at Harlows restaurant in the Golden Nugget, Laughlin, we received this review from a trusted source who tried it. 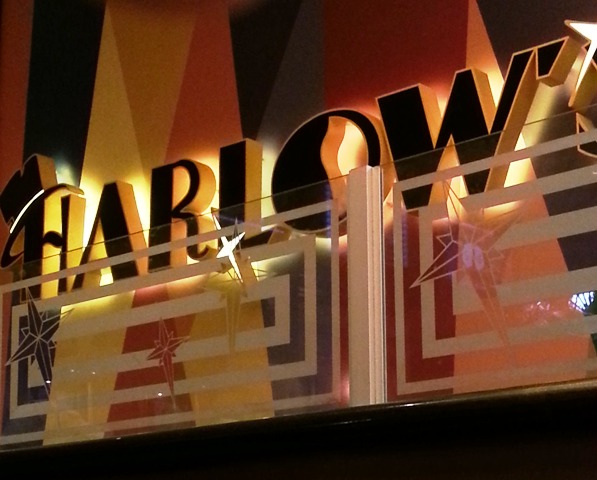 ~~~~~~~~~~~~~~~~
This was our first visit to Harlows.  The restaurant itself is a standard coffee shop type diner you will find in just about any casino.  We went specifically to try the 4 Deuces breakfast and arrived just after 7am, so the special was priced at $1.99.  We didn't see any sign or notice that the special was still on-going.  Our waiter, Mel, greeted us warmly and dropped off menus and took our order for coffee and water. He came back promptly with the coffee (only) and asked what we wanted to order.  No mention was made of the special.  Had we not read about it on the Laughlin Buzz blog we would not of known about it.  We asked him and he said yes, it was available.  My friend ordered a side order of Hash Browns as well (for us to split).

The food came out within a few minutes.  Mel quickly dropped the plates off on our table and scooted away.  Minus the Hashbrowns.  We waited for him to come by again and check on us to remind him, but it was a long time before he went past us to change channels on one of the TV's overlooking the dining area.  By this time we were halfway done with breakfast and decided we would just have the item removed from the bill rather than ask him for it.  Everything was good, except the sausage patties were only bordering on cold.  They were fully cooked, just cool.  Mel didn't even come by our table to check on us when he came past our table with a pot of coffee.  He filled the cups of coffee at tables on both sides of us but didn't stop at ours.  The other two tables were not even his, as other servers had waited on them.  The restaurant was only half full and certainly not busy.  There was no sugar in the holder and no Ketchup on our table.  I had to get up and get some off another empty table.  Plus I wanted hot sauce but Mel was a no-show to request it from.  My friend was now irritated and wondered why the poor service. Was it because we asked for the $1.99 special? This seemed unlikely but possible.   He hurried past as at least twice more before stopping to clear our plates.  It was only at that time he asked if we would like more coffee.  We were done so declined and left.  With tax our tab (2 people) was under $10.  No hashbrowns. The coffee cost more than the $1.99 breakfast.   The breakfast was a great value.  The service left a bad impression.

Then as we were waiting to pay there were two other incidents that occurred with two other guests at the cashier, that didn't help with our experience.  We had to wait and witness the scene after the manager finally came out.  Let's just say that the staff and management of Harlows, The Golden Nugget, and Landrys (owners) might possibly want to work on some customer service skills to ensure their guests have an enjoyable experience from sit down to check out.  We may or may not try it again.  For just a few more dollars elsewhere we can probably get a better breakfast and certainly a better atmosphere and service.
~~~~~~~~~~~

In another blog post soon we will share the other comments from this guest about what happened as they tried to pay their bill.

See our other more positive review about the 4 Dueces special and Harlows here.

If you have tried Harlows or any of the other restaurants in the Golden Nugget in Laughlin, NV and would like to share them with us, contact us at http://www.laughlinbuzz.com

We would love to hear from you.   Or send us a tweet at  http://www.twitter.com/laughlinbuzz