Just before the start of the Rockets Over the River fireworks display on the River Walk in Laughlin, ambulances and a fire truck attended to what might have been a car fire by the Home Depot in Bullhead City.  Flames could be seen from the Laughlin side. 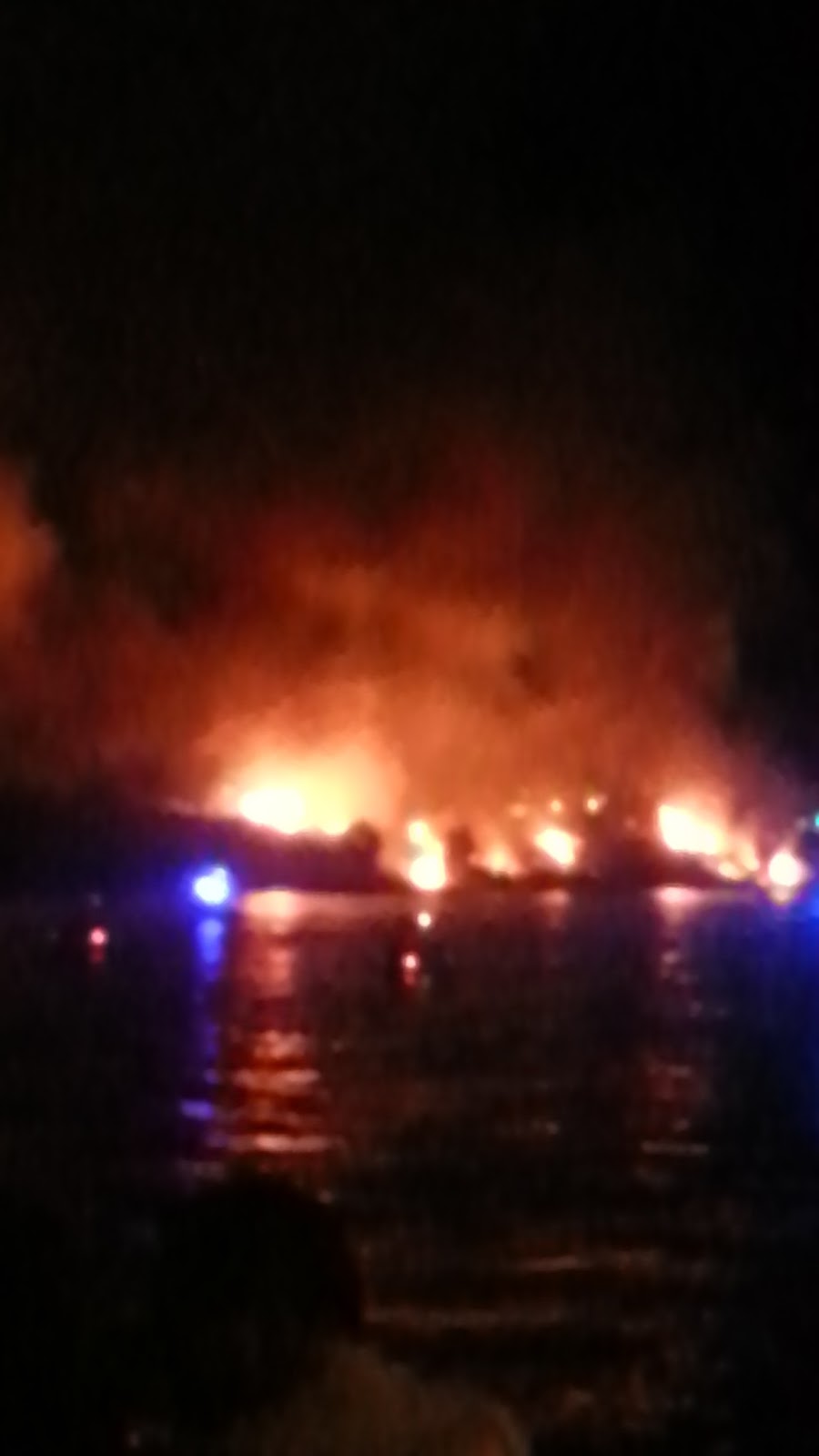 Shortly after the fireworks started a brush fire ignited along the Colorado River bank on the Bullhead City side.  This spread to eventually four spots along the River near where the display was being set off.   At times it grew fairly big.  Yet the show went on and the fires continued for quite awhile after the finale.  Traffic appeared to have been stopped on Hwy 95 during the incident.  As of 10PM there was no word if anyone was injured or if there was any further damage due to the fires.

Some pics sent to us, taken from the Laughlin side of the River. 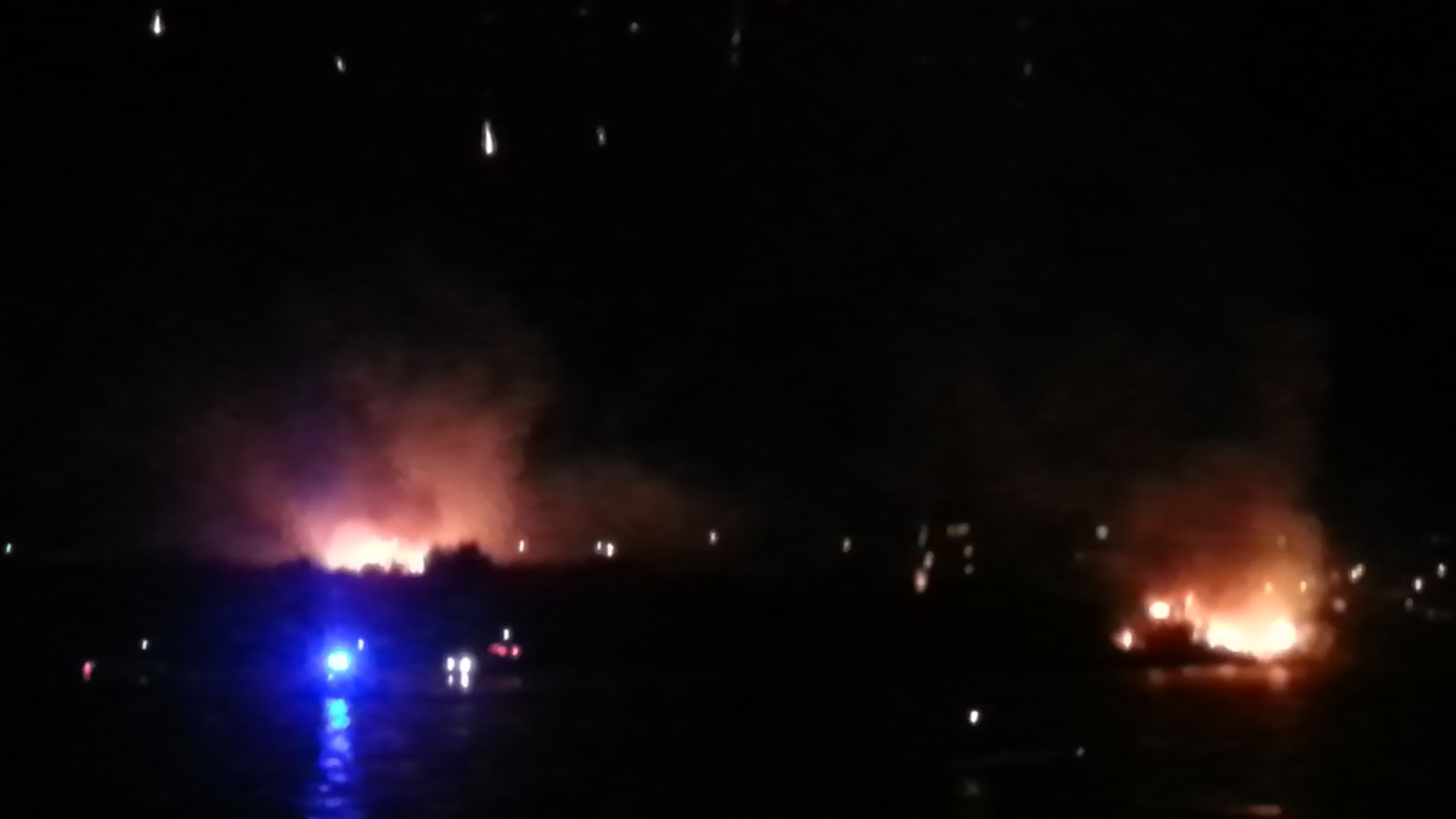 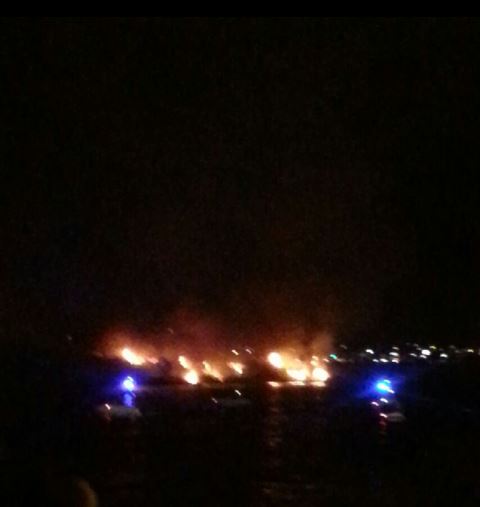 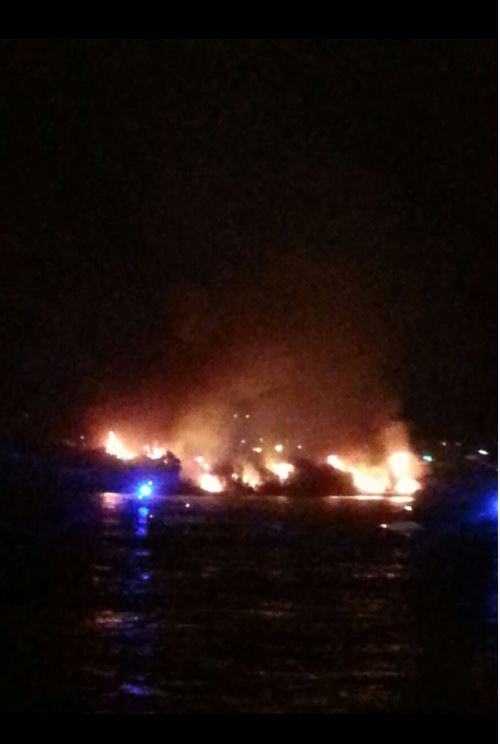 Email ThisBlogThis!Share to TwitterShare to FacebookShare to Pinterest
Labels: 4th of July, Fireworks