Nevada: Bikers get ready to roll into Laughlin for river run festival 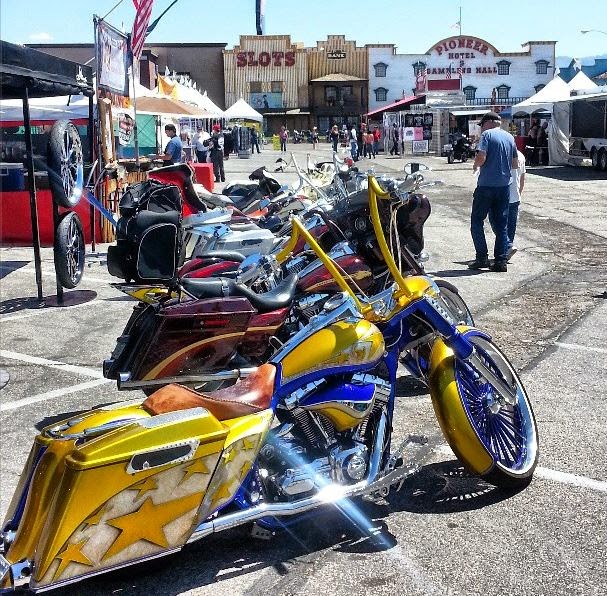 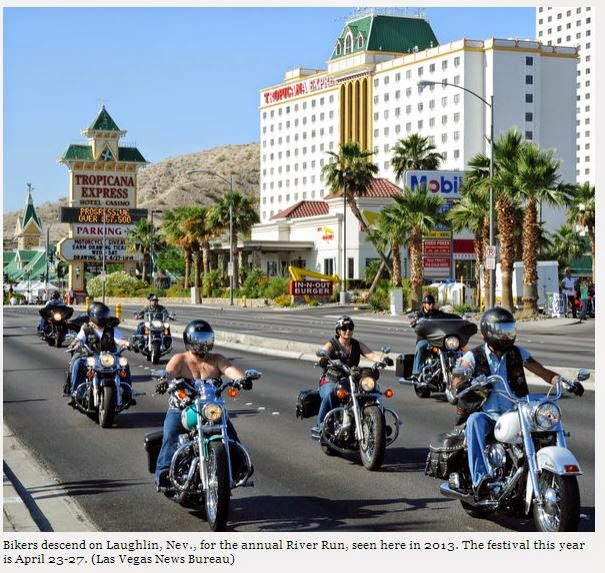 At the annual Laughlin River Run on April 23-27, nearly 40,000 bikers from around the world will head to the generally sleepy community 90 miles south of Las Vegas and about 280 miles east of Los Angeles.  Vendors of motorcycle accessories take over the parking lots of several casinos during the celebration.

A group ride along Historic Route 66 from Kingman, Ariz., to the ghost town of Oatman, Ariz., is also planned.

Country and rock music concerts include such performers as Jason Aldean (April 24) and Lynyrd Skynyrd (April 26). Both shows will be at the new Laughlin Event Center.

Bullhead City (located just across the River) will be hosting a Bike Rally at the same time.

Watch  LaughlinBuzz.Com for more info about the Laughlin River Run
Posted by Laughlin Buzz at 8:17 AM