Sons of Anarchy Actor's Booth Shut Down at River Run 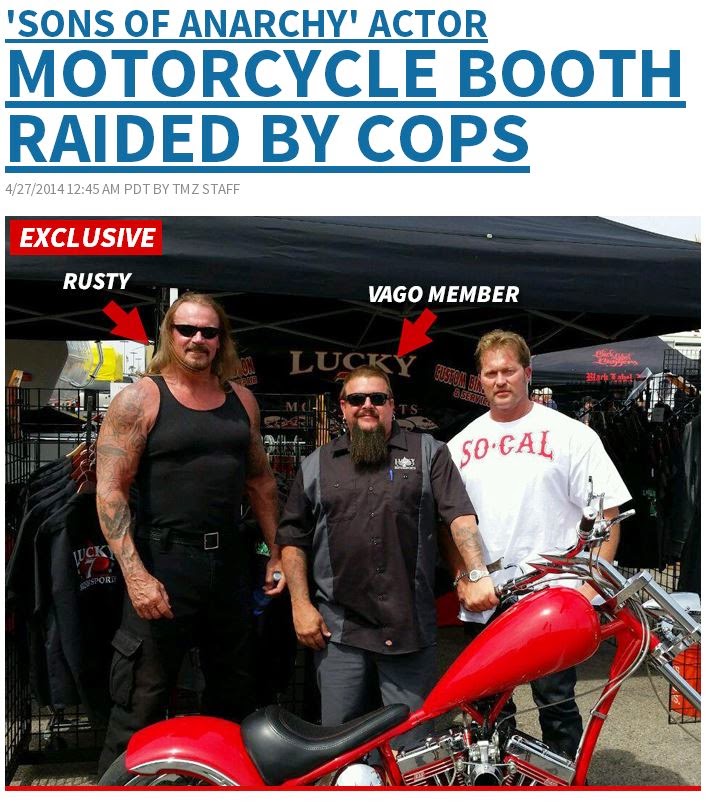 'SONS OF ANARCHY' ACTOR MOTORCYCLE BOOTH RAIDED BY COPS
One of the SAMCRO bikers on "Sons of Anarchy" had a close encounter with cops and a rival gang Friday in Nevada ... when police feared the actor might pull a Jax and start beating ass.Rusty Coones -- a known Hells Angel member -- was running his clothing company booth at the famous Laughlin River Run biker rally ... when a ton of officers descended and shut him down.Cops also closed the booths on either side -- run by a member of rival gang Vagos Motorcycle Club -- police feared violence between the 2 groups.Vago member's lawyer Stephen Stubbs says the irony is ...  both sides were getting along just fine ... and the shut down only caused the two companies to lose money.Time to start smuggling guns again ("Sons of Anarchy" joke.)

picture and atricle from: http://www.tmz.com/2014/04/27/sons-of-anarchy-motorcycle-booth-raided-cops-rusty-coones/#ixzz306kjtKY2

This included a link to a blog post on Aging Rebel.Com which provided more detail and insight (from an unnamed source) about the incident.

Nevada police continue to consider motorcycle club members fair game.
Last night at the annual Laughlin River Run approximately 40 police including a Swat team shut down adjoining vendor booths operated by a member of the Hells Angels Motorcycle Club and the Vagos Motorcycle Club.
According to a usually informed and reliable source the Lucky 7 Motorsports booth owned by Vago Michael Raymond Sincox and the So Cal Clothing Line Booth run by well known Hells Angel Rusty Coones were closed and the operators were compelled to pack up and leave. Both booths were on property owned by the Pioneer Hotel. Police called the booths “potential threats,” presumably because the two operators belong to different motorcycle clubs and members of those clubs have confronted one another in the past.

The source said, “There was no sign of any conflict or tension of any kind. In fact, they were extremely friendly with each other, exchanged clothing between the booths, helped each other with vendor supplies, and Sincox and Coones embraced each other multiple times in the last few days. The two booths helped each other pack up.”
Coones may be best known as a member of the band Attika 7 and for television appearances on the television series Sons of Anarchy and The Devils Ride.
Lucky 7 Motorsports is a family owned business operated by Sincox and his extended family. His parents, grandparents, sister and brother-in-law were working in the booth when it was shut down. The shut down left that business with about $20,000 of unsold merchandise and three unsold motorcycles valued at $50,000.

The massive police action was initiated by Lieutenant John Healy of the Laughlin Station of the Las Vegas Metropolitan Police Department.
According to the source, Pioneer Hotel security told Sincox and Coones “Lieutenant Healy is making this call,” “it is out of our control,” “law enforcement is pushing this” and that if hotel security did not cooperate the Pioneer would “suffer the consequences.”
----------

Thus far we have heard little mention of any of this in the local area publications or news. The event happened on Friday.   If anything develops we will share it on our site at   LaughlinBuzz.Com 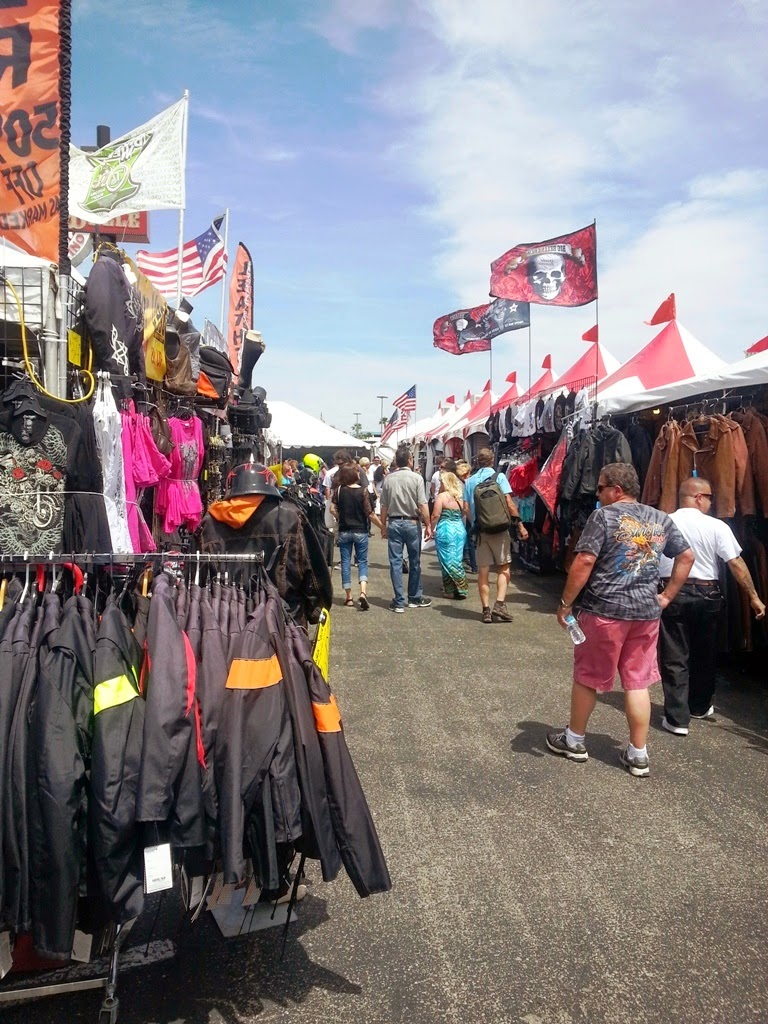 Many vendors participated in the Laughlin River Run with booths at nearly all the Casinos.

Comments welcome below or on our FB page at http://www.facebook.com/laughlinbuzz

All content provided in this post is from third party sources and credited is given. Opinions or facts have not been verified by us, they were just reported as given.  This post is provided for information only and we have no affiliation with any of the sources, people, parties, or companies mentioned. Furthermore, any opinions expressed in the content is not necessarily the opinion of LaughlinBuzz.