Going out to eat for the 4th of July Holiday Weekend?

Here are the latest Southern Nevada Health District Restaurant Inspection grades for June of 2015. This is public information posted on their website.

An "A" grade is the top grade an establishment can receive.  Generally if any grade less than an A is received the restaurant can and does have a re-inspection shortly thereafter after correcting any violations.

Keep in mind there is a lag time between when the inspections are performed and when they appear on the Southern Nevada Health District Website.  A restaurant may have been inspected or re-inspected (in the case of a low grade) since the data was posted.  When a reinspection is done the list of violations/demerits from the prior low grade is no longer viewable.

All restaurants are required to have their latest grade certificate displayed for the public to see.  If you don't see one, ask.

Note:  We do update this article when new/re-inspections are posted.


In the most recent inspections, one Laughlin restaurant is received a grade lower than an A. 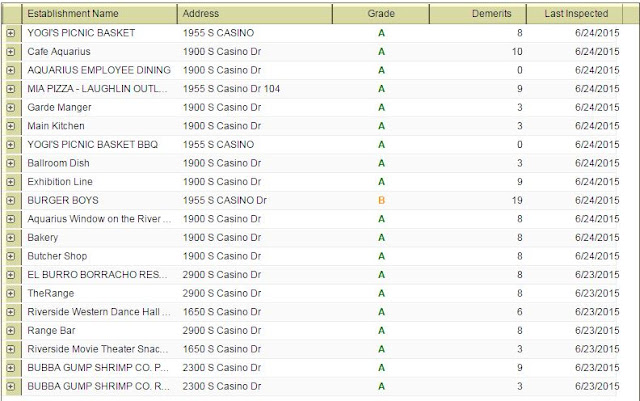 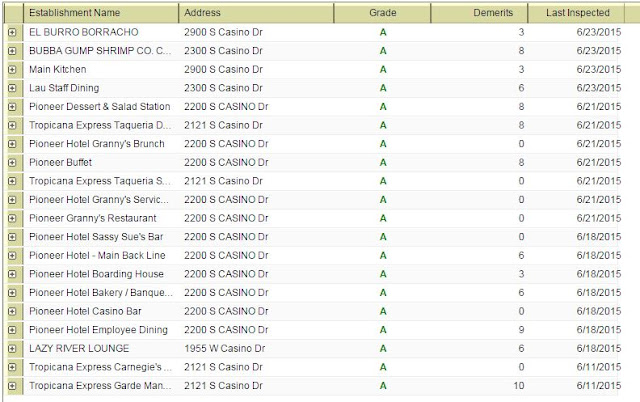 The restaurant/inspections that fell below the A grade in June are detailed below:

** Important Update - as of July 9th, Burger Boys has a new, restored A status. They had worked on fixing the few issues the inspector had and it wasn't until today they finally got a revisit and reinspection. Currently, Laughlin restaurants are inspected out of the Henderson Office.

A re-inspection should be conducted within a couple of days.  After contacting the owner we believe he has already addressed these issues.  Once the inspectors return in a a few days, we expect Burger Boys will be back to an A grade.  The owner stated the cause was due mostly to employee error.  He also shared that corrective actions have been administered, as well as upping cleaning regimen and methods to ensure that it doesn't happen in the future.

We have been to Burger Boys and love their food and prices.   See our latest review here. 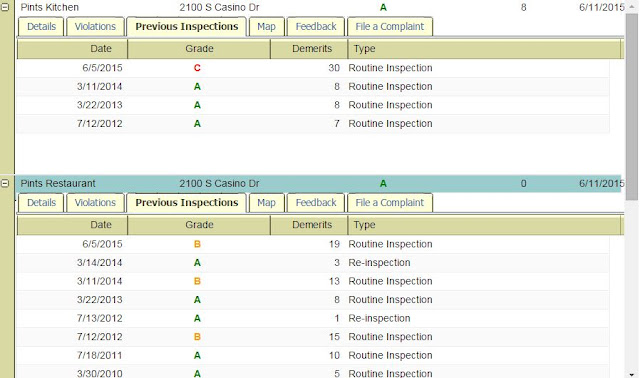 It also look like one of our favorite places also ended up on the list with a not so great inspection.

You can visit the  SNHD  website to look up restaurants in Laughlin or anywhere in Southern Nevada. There is a search feature.  For Laughlin use Zipcode 89029.

Keep in mind, once a restaurant has a re-inspection the original list of violations is no longer viewable. Once a  reinspection is done, the previous inspections go into that category.

*All content in this blog post are presented for informational purposes only and use data taken from the Southern Nevada Health District website.   We received no compensation from the properties or restaurants in this blog post and are not in any way affiliated with them.