It has been a long time between Diamond Lounge visits (see why** at the end of this post). 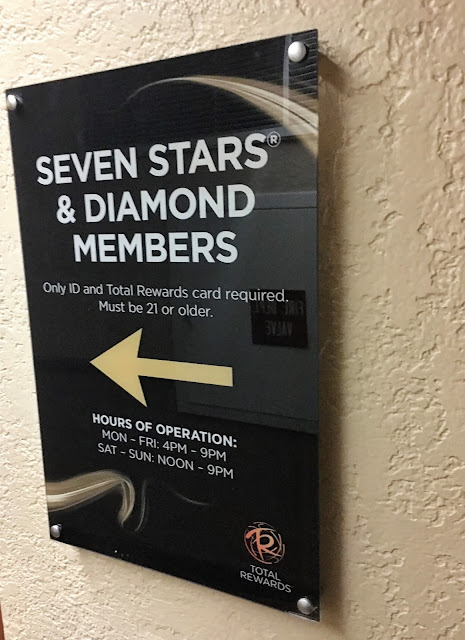 The Diamond Lounge was only moderately busy.  Usually it is packed.  We were ordered a couple of Vodka Martini's, dirty.   Oddly enough they were served in small wine glasses, never saw that before.   The glasses were still wet from being washed as well.

The small appetizer bar they have was ok.  It was clean enough and had cheese, fruit, meats, turkey salad, ham salad, soups, breads, veggie toppings and tortilla chips.  Which is fine, it should be light appetizers not a buffet.

The Diamond Lounges in Las Vegas step it up a bit, with more choices.  At least at Caesars, Paris, Harrah's Vegas, and Planet Hollywood.  Rio's Diamond Lounge is pretty sad.  We have not been to the one in the Flamingo. 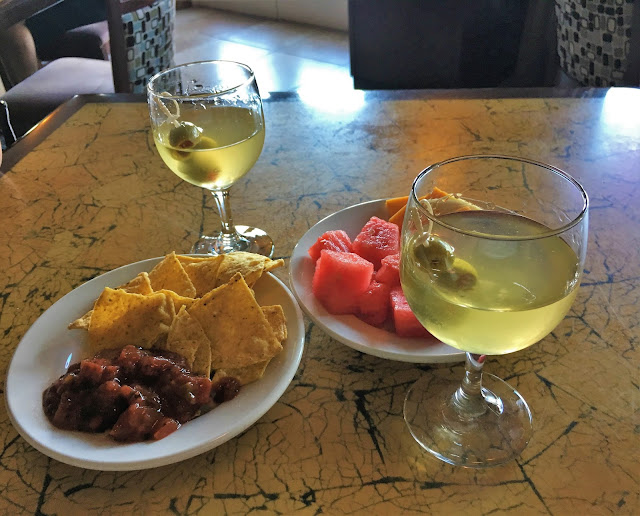 Laughlin is the one with the best view though!  You can get a window seat overlooking the River or even take a table on the patio.  Even though it was 112 degrees there were people out there. 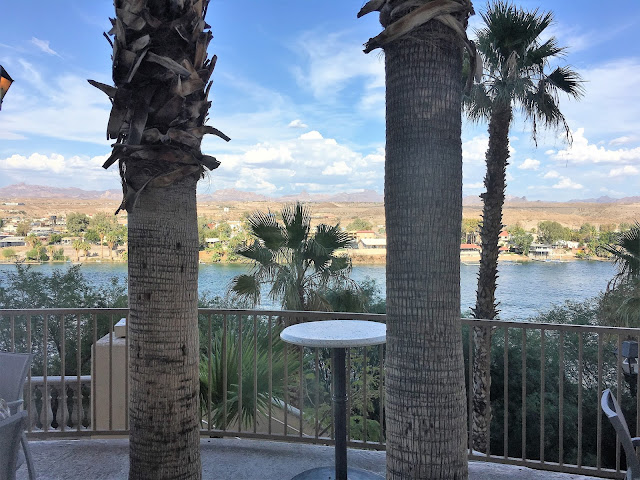 ** Our Opinion.  In recent years it seems easier to quality for Diamond status with Total Rewards. This has led to the Diamond Lounges becoming sort of a "get free food and drinks" type of atmosphere. Instead it should be a place to relax, hang out for a bit, grab a drink and maybe a light snack.   Lines are often ridiculously long and some treat it like a buffet.  Go later or after most of those who are there to eat and it is much nicer. 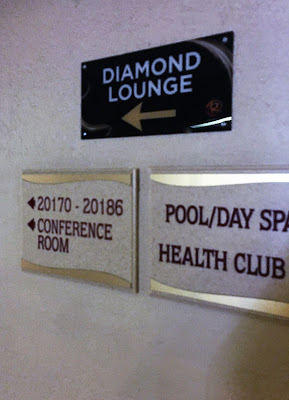 Drink service at the table and the bar was very good.   We also noticed so many of the people tip very little or none at all.  The drinks and food are free but they are being brought to you by staff and they are cleaning up after you.  So, Tip your server!


The Harrah's Laughlin Diamond Lounge also has a separate section for Seven Stars members. Perhaps the other ones have this feature now as well.  There was a TV monitor in their section but we did not notice one elsewhere, maybe we missed it.

If you have been to the Diamond Lounge come by our Facebook group and share your experience,

What is the Diamond Lounge?The Diamond Lounge is provided by Total Rewards Players Club - Caesars Entertainment as a perk or benefit to qualified Diamond Member or Seven Stars Card Member.  Members can bring a guest along.  Drinks and Food are provided at no cost.  To get to the Diamond level you have to play the equivalent earning 15,000 tier credits in a year.This is roughly equivalent to 1 tier credit earned for every 5 dollars played or spent in a Caesars property.  15,000 tier credits would be about $75,000 played through the machines.  Seven Stars is even higher requiring 150,000 tier credits.

All content of this article is for informational or entertainment purposes only. The review is based on our personal experience only.  Prices, menu items, and other specifics mentioned are subject to change by the owner. Laughlin Buzz is not affiliated with and received no compensation for sharing this information.