A Visit to the Historic Hardyville Cemetery

Recently, while waiting for someone to complete an appointment, we wandered up the hill from Hwy 95 in Bullhead City and came across the Hardyville Cemetery. This reminded us of the one time we had stopped here a couple of years ago on our first visit to the area.

The cemetery is now a historical landmark. It is located right in the middle of a residential area and the busy Hwy 95 corridor.  The place appears to be virtually abandoned, with a few large bushes growing among he unmarked graves.   It is most likely a rarely visited historical site.

Apparently at one time, it was included on a Haunted Laughlin Tour, and there have been accounts of some paranormal experiences there.  Truth be told though, if you look long enough and ask enough people most cemeteries will have some "ghost" stories associated with it. On our two visits we snapped a couple dozen photos and only one even remotely caught our attention as strange.  See for yourself in the picture we will include at the end.

Pictures we took on two visits: 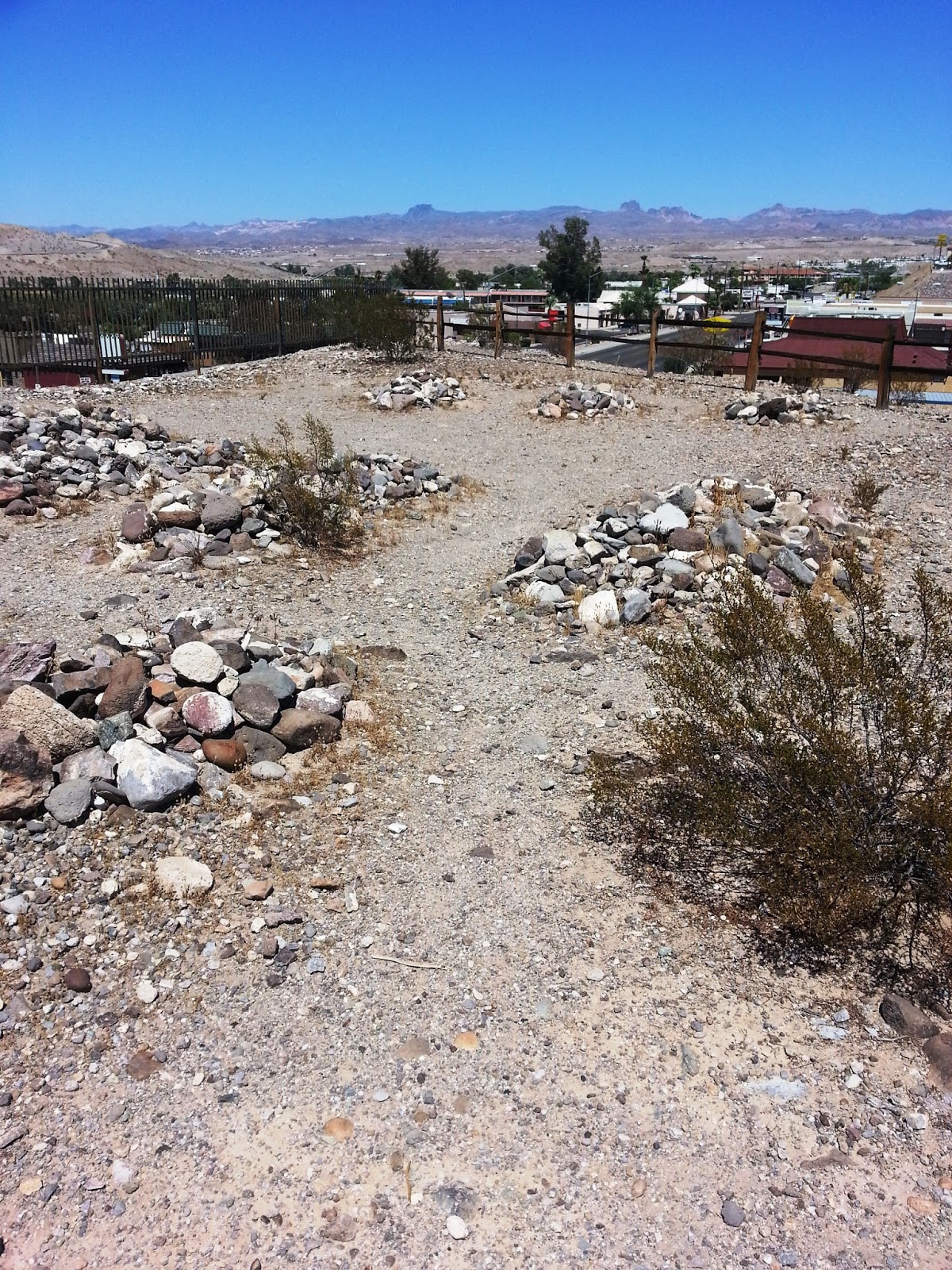 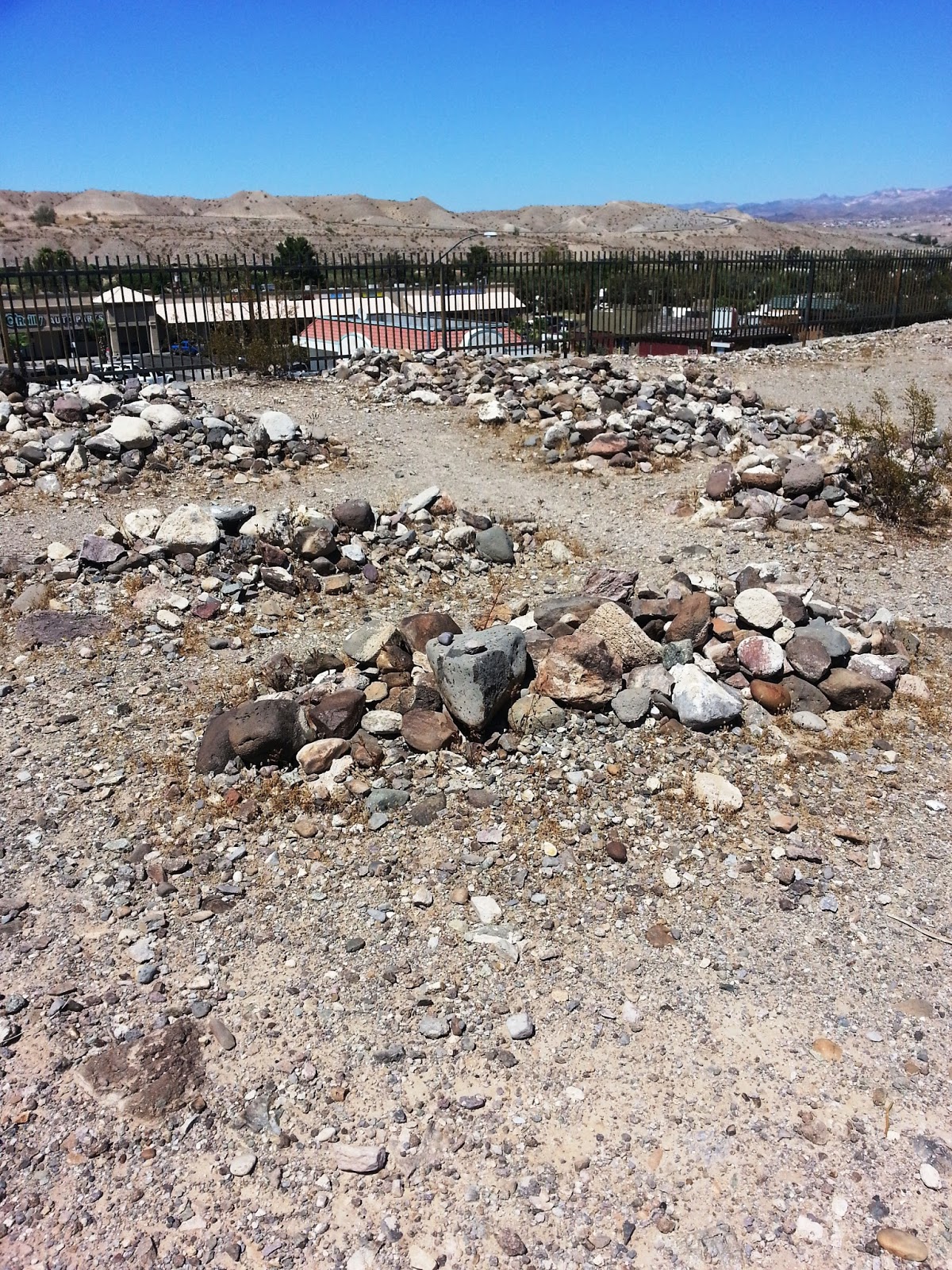 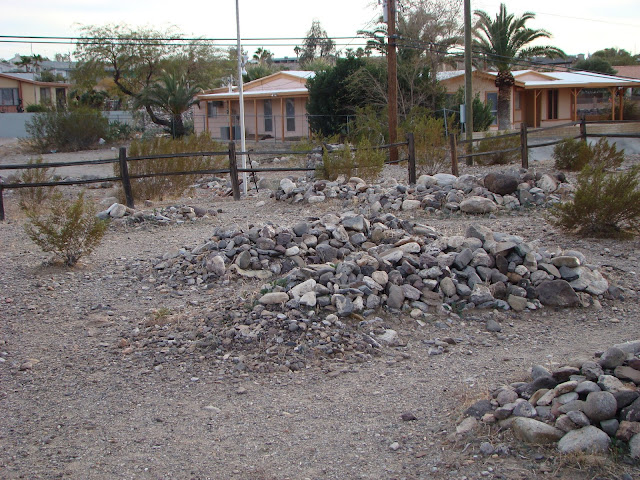 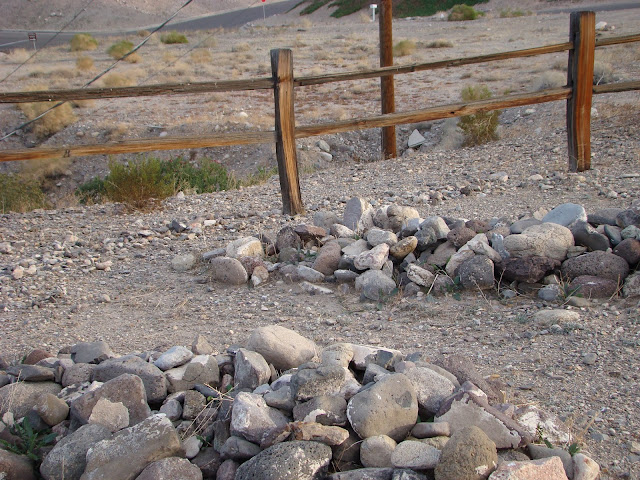 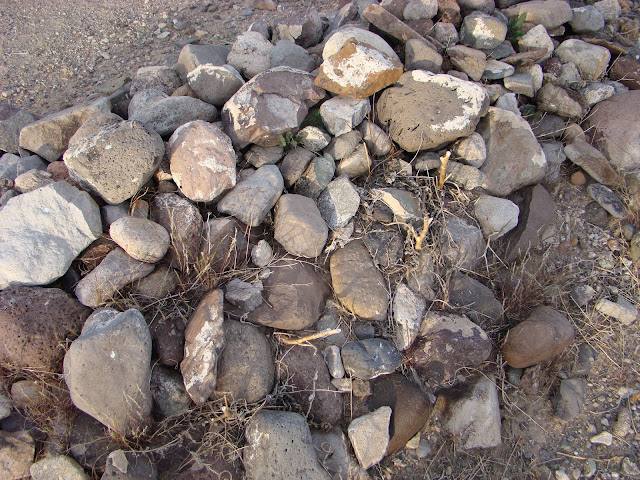 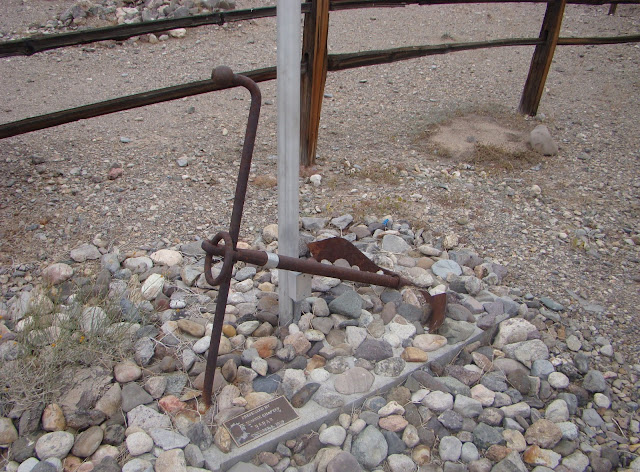 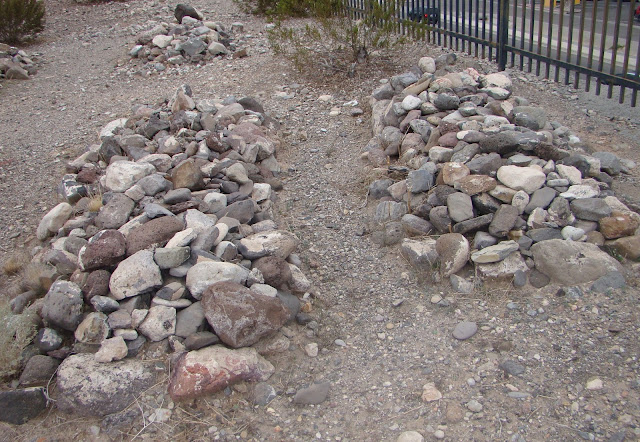 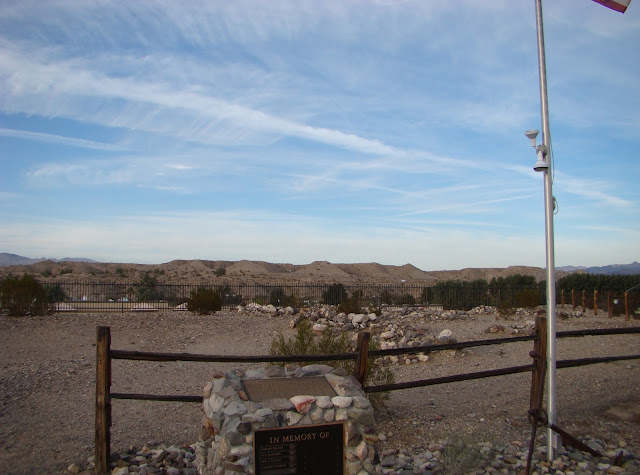 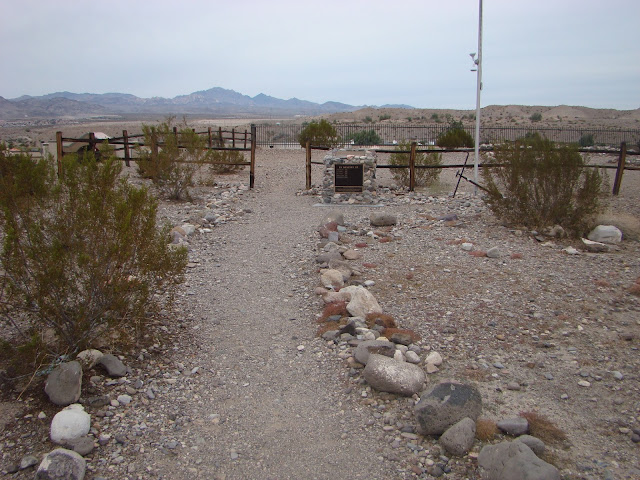 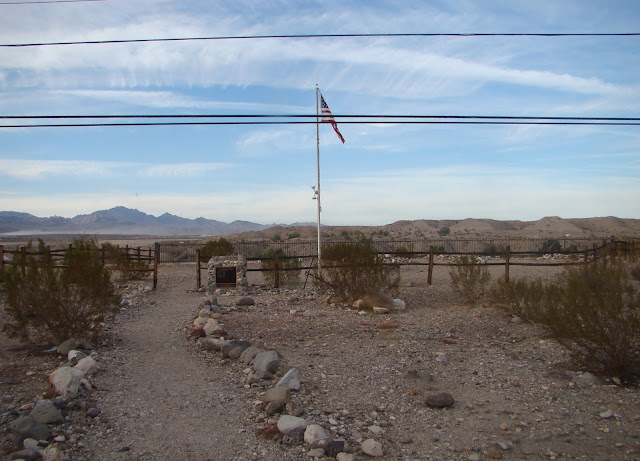 A brief history of the Hardyville Cemetery (see credits and links at the end for more sources).

William Harrison Hardy founded Hardyville in 1864. As mining activities decreased eventually Hardyville was abandoned and became a ghost town. With the building of Davis Dam Hardyville was eventually rebuilt as Bullhead City.  Now only a cemetery marks Hardyville's existence.

The Hardyville Cemetery is located one block east of Highway 95 across from the Safeway grocery store.  Look for the Hardyville Mural opposite the store and go up one block.  This is only a short drive from the Laughlin and Bullhead City bridge.

The Hardyville Cemetery is registered as a National Historic Landmark and stones cover the crude unmarked graves. Different accounts state that anywhere from 15 to two dozen people are buried there. The Arizona Pioneer & Cemetery Research Project identifies and gives details of 11 people.  (See link at end).  Only five people are identified on the marker as being buried in the cemetery.  The other inhabitant's names are lost to history.  Two of the wooden grave markers are preserved at the Colorado River Museum in Bullhead City.  We haven't had an opportunity to visit the museum yet, however, will post our own pics when we do.

It is said that a substantial rain apparently washed out the bluff that the cemetery is located on. Supposedly this sent several of the inhabitants and their coffins spilling below onto the roadway.  Although we could find no account of this happening, the city supposedly installed the existing retaining wall to avoid further occurrences.  The only account we could find about the wall was from 1989 in an archive of the Mohave Daily Miner newspaper, where the author spoke about the city building the wall.  No mention of the washout was included.

A mural and the concrete retaining wall is easily noticed from the sidewalk opposite the Safeway store.

"The Ghost"
This one picture (below) had a strange cloud or mist on it. Our first thought was something had clouded or gotten on the lens of the camera.  However, none of the pictures taken immediately before or after it contained the same mist. It was there and gone.

Finally, even though the cemetery is over a century old, we wish people would leave only their footsteps and be respectful.  We have cleaned up a few items on both visits.  There really is no excuse for this. 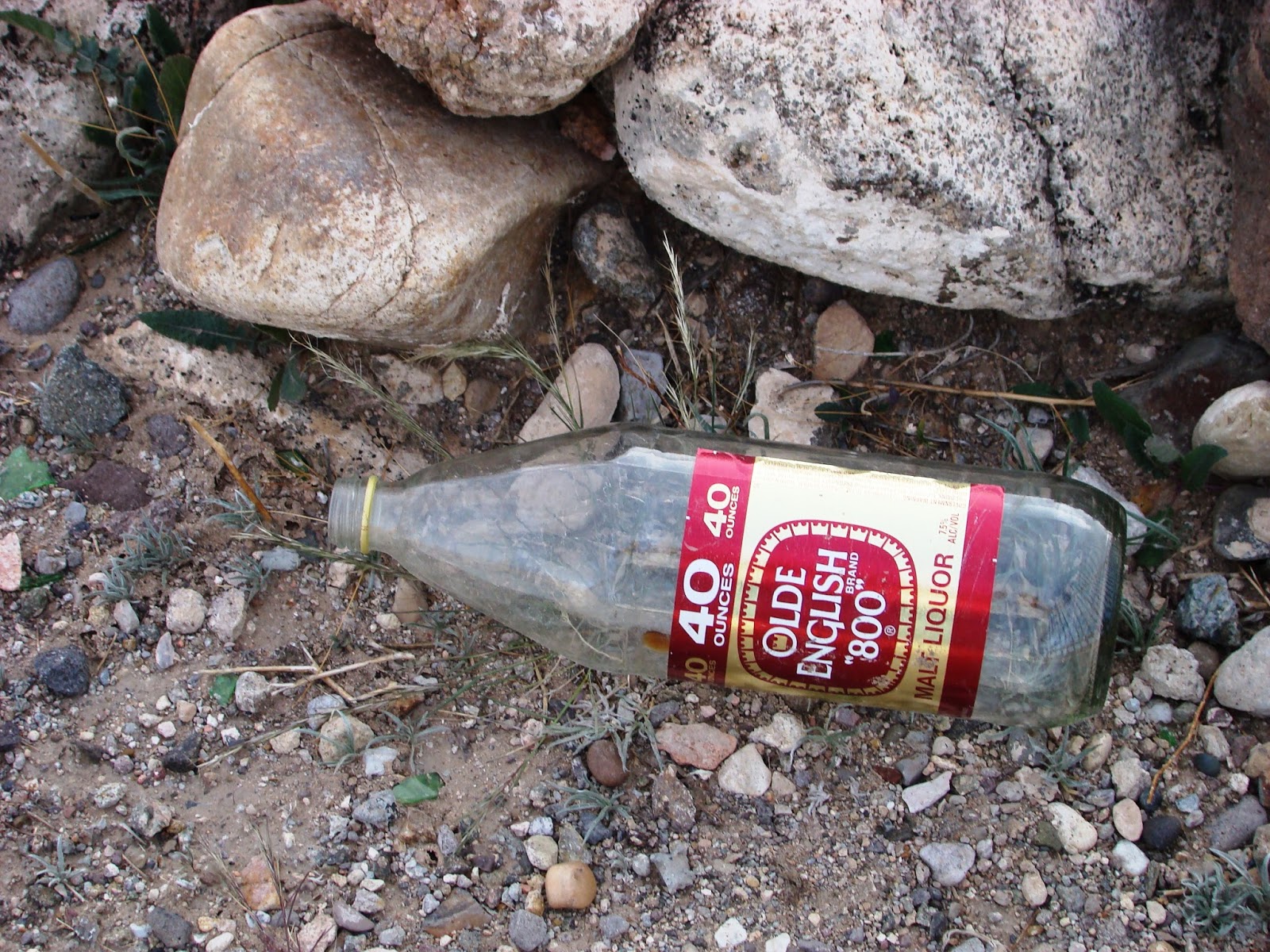 Have you stopped by this Historical Landmark?  Share your thoughts in the comments below.

Pictures of the markers at the Colorado River Museum are located here.
http://www.hmdb.org/marker.asp?marker=29339