*** Update***  September 2013   A Moomorial is being planned after the mystery was solved.
Read more on the fate of Moola here.


Moola was apparently cow-napped from Rotary Park (in Bullhead City) after participating in the River Regatta on August 10th.   She has been reported missing to the Bullhead City police.  Any information on her whereabouts would be greatly appreciated.  Contact the Regency Casino or the police department.

Pictures below are from the Regency Laughlin facebook page.
https://www.facebook.com/regency.laughlin 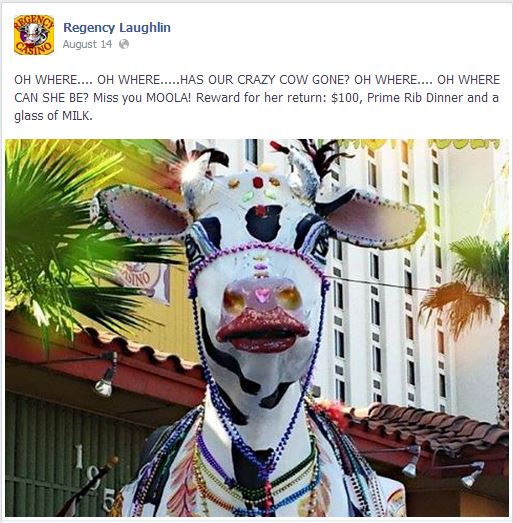 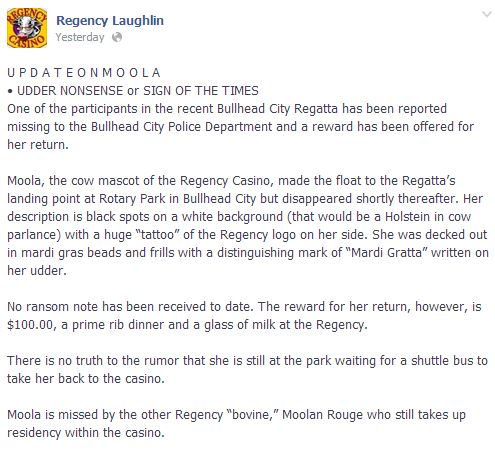 Moola is normally seen on the Riverwalk just outside the back entrance to the Regency in Laughlin.

Below is a picture of her just before the Regatta. 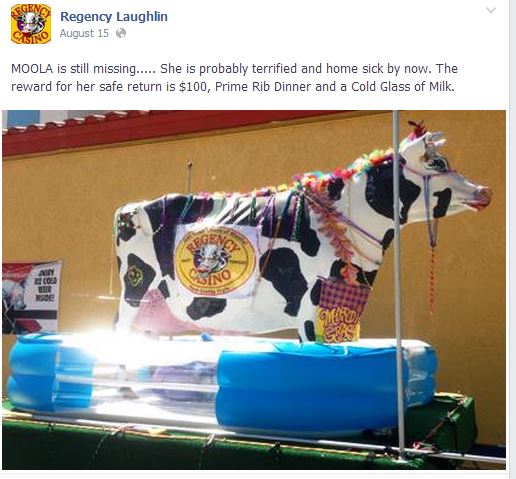 Help bring her home!
Share this on your social media, someone may have seen her.

Posted by Laughlin Buzz at 7:11 PM