Sale of River Palms Hotel and Casino in Laughlin Cancelled 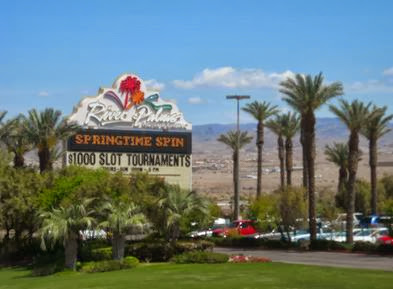 In April of 2013, Tropicana Entertainment, Inc., announced intent to sell the River Palms Hotel and Casino to M1 Gaming of Reno.

On October 14, 2013, in an SEC filing, Tropicana announced the termination of the sale.  From the filing:

Here is a link to the filing referenced above.

Link to the original filing announcing the intent to sell:

As of this writing, no word on what is in store for the River Palms now.From their quarterly report for the period ending September 30, 2013, they indicated the company is evaluating future plans.  See below:


NOTE 15—DISCONTINUED OPERATIONS
As discussed in Note 1, in April 2013, the Company entered into an agreement to sell substantially all of the assets and certain liabilities of River Palms. In October 2013, the Company notified the buyers that it had elected to terminate, effective immediately, the agreement to sell River Palms, pursuant to the terms of the agreement. In accordance with accounting guidance for assets held for sale, the results of operations for River Palms are presented as discontinued operations in the accompanying condensed consolidated statements of income while its assets and liabilities are presented as held for sale in the accompanying balance sheets. The cash flows of the discontinued operations are included with the cash flows of continuing operations in the accompanying condensed consolidated statements of cash flows. The Company is currently evaluating its future plans for River Palms and if the Company decides not to sell River Palms, it will be reclassified as held and used.

For more about events and news from Laughlin, visit
http://www.laughlinbuzz.com

Posted by Laughlin Buzz at 6:27 PM