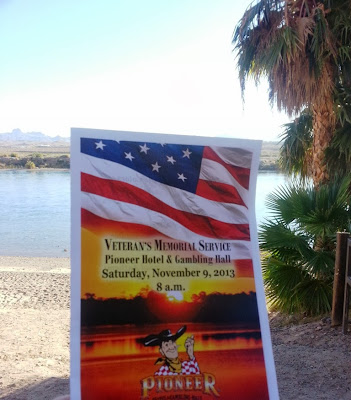 Pictures and Video Laughlin Buzz received from the event: 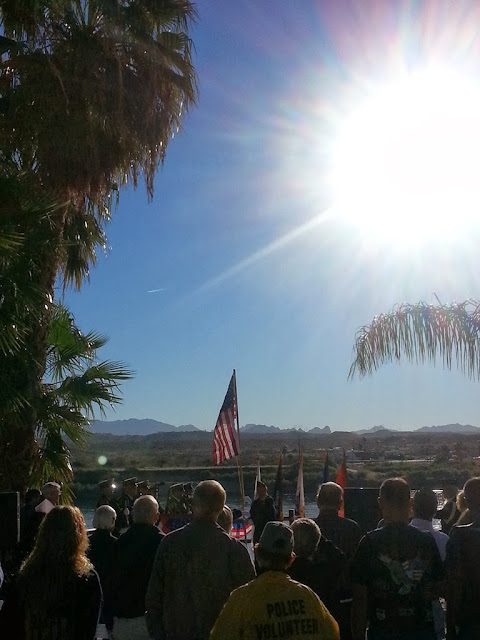 The morning was beautiful, cool but warming up fast as the sun came up over the Colorado River.  A crowd of a hundred or so people gathered in chairs and on the Riverwalk to pay tribute to our Veterans.   Thank you to the Pioneer and everyone who helped create such a wonderful event. 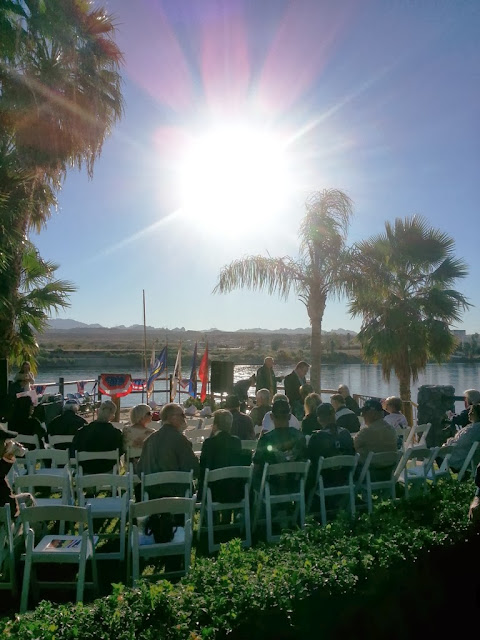 Members of Post 60 will presented the colors.  Laughlin Constable, Jordan Ross followed with the Pledge of Allegiance and Veterans Day comments. The invocation was by Fr. Charlie Urnick. 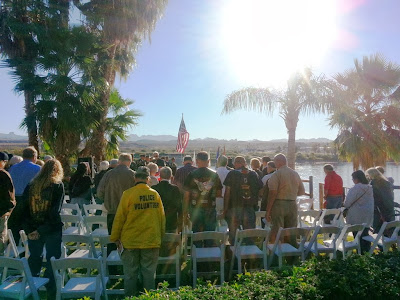 Music include the official song and tribute for each branch of the armed forces plus special  performances by Judy and Dustin Crump.   Video of God Bless The USA below: 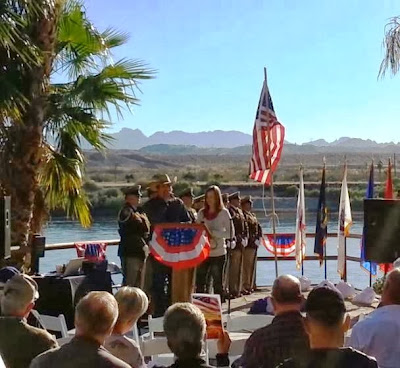 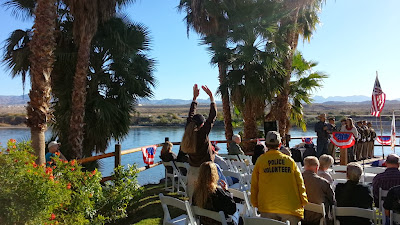 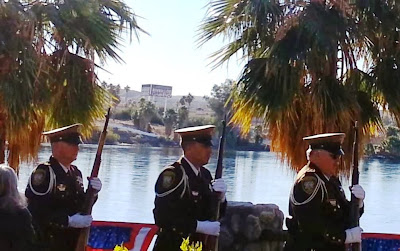 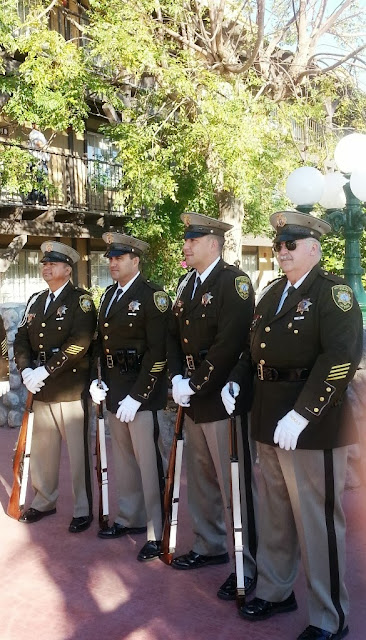 A 21-gun salute by members of the Las Vegas Metropolitan Police Department Honor Guard were followed by Taps from  Post 60 Bugler Chuck Minerman.
Watch the Video below: 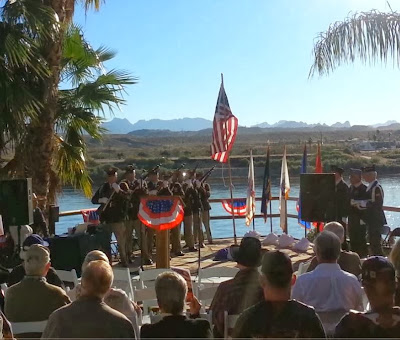