Marnell Gaming, which owns the Colorado Belle and Edgewater casino-hotels in Laughlin is building a new event center that is set to open in February of 2014.


We took a drive by the site to see how the construction is progressing.    So far, other than a set of bleachers, landscaping, etc, there wasn't too much to see.   These pics of from the second week of January 2014.

Click on the pictures to see a larger view of each one. 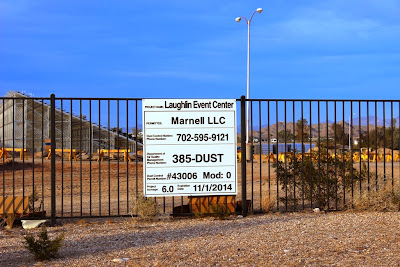 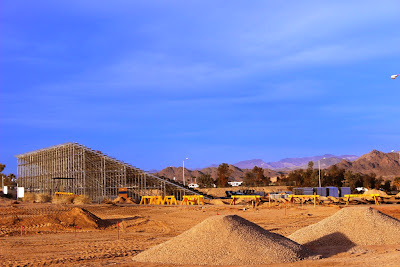 The seating has been called modular.  At this point, the only seating noticeable appears to be one set of very large metal bleachers. 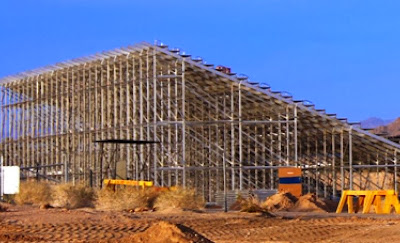 Close up zoom shot of the bleachers

We hope this will differ from the very uncomfortable and small seating on the bleachers that were used at shows last year at the temporary Laughlin Amphitheater on the River. 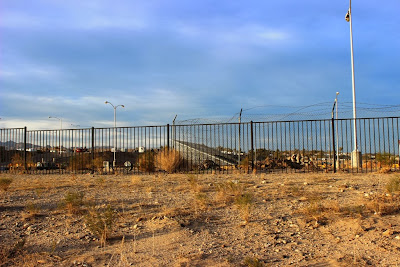 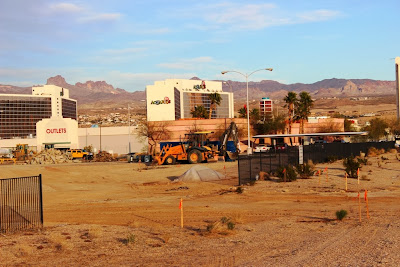 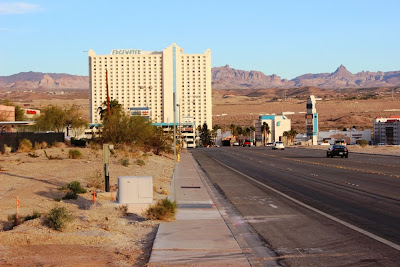 The Edgewater Hotel Casino is at the end of Bruce Woodbury Drive as it connects to Casino Drive.


The Laughlin Event Center (when complete) will be on 15-20 acres behind the Laughlin Outlet Mall on Bruce Woodbury Drive.   This is just a short walk (uphill) of about a long block from Casino Drive.  Estimated cost of the project is 4 million dollars.  So far our pictures don't show this expenditure, but the project is far from complete. 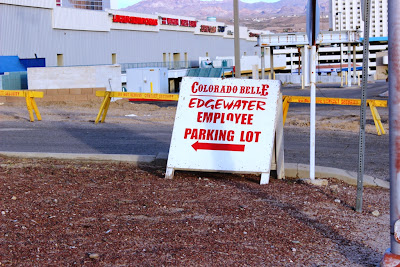 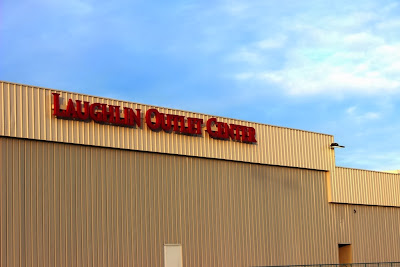 Reba McEntire is set to return to Laughlin as the first concert at the new venue (March 15th).   The seating chart for the Laughlin Event Center is available where they are selling tickets.  See the seating chart (for Reba only) here.

In addition to concerts they will host bull riding, rodeos, boxing, festivals, and comedy acts.  The event center is being built in modular sections so they can accommodate  9,300 to 21,000 guests.

Already scheduled for 2014 are Alan Jackson, Los Tigres Del Norte/Paquita, and Larry the Cable Guy as the headliner for the Laughlin Comedy Festival on October 4th.

No parking is expected to be on site.  Shuttles will most likely be used from the other Casino properties, and it is only a short walk from the center section of Casino Drive.