May 17, 2015 -  A small plane crashed in the area of the Big Bend State Park in Laughlin, Nevada around 6 PM on Sunday.   One person was reported dead and 3 more are hospitalized.
The plane crash sparked a brush fire which burned for hours and resulted in closure of a portion of Needles Highway near the park.

According to reports in the local paper, the Mohave Daily News:
Three individuals made it out of the plane but one was trapped inside the wreckage.  One of the plane’s occupants was flown by helicopter from Big Bend SRA to University Medical Center in Las Vegas.  A woman was transported by ambulance to Western Arizona Regional Medical Center and later flown to UMC in Las Vegas in critical condition, reported Sarah Morga-Mangum, hospital spokesman. Another victim was taken by ambulance to Valley View Medical Center. He was treated in the emergency room and then flown to the UMC Burn Center in Las Vegas, said Lance Ross, director of community relations and marketing for the Fort Mohave Hospital. His condition was unknown.

Pictures and Video from the scene taken by Laughlin Buzz 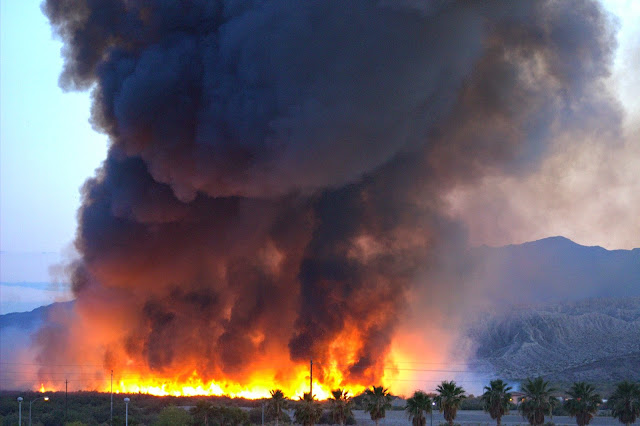 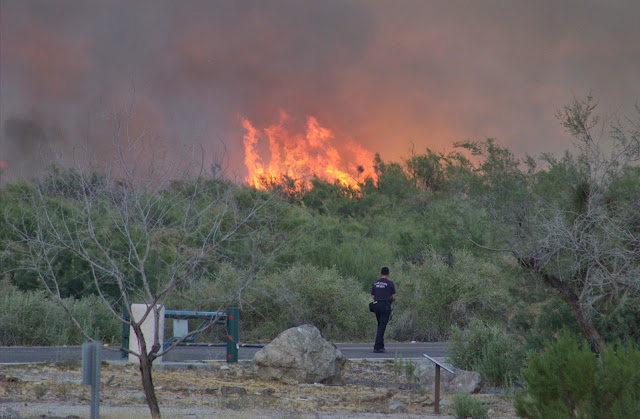 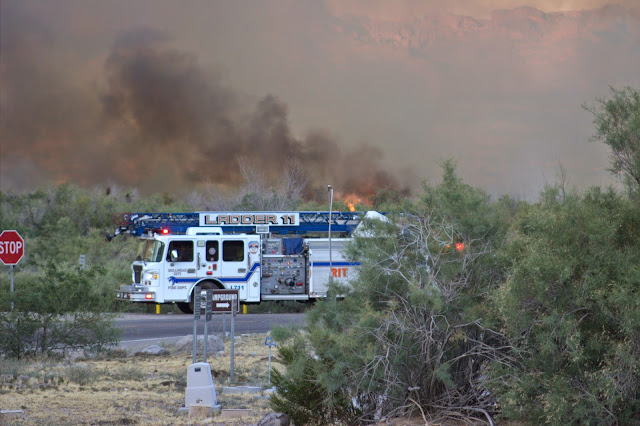 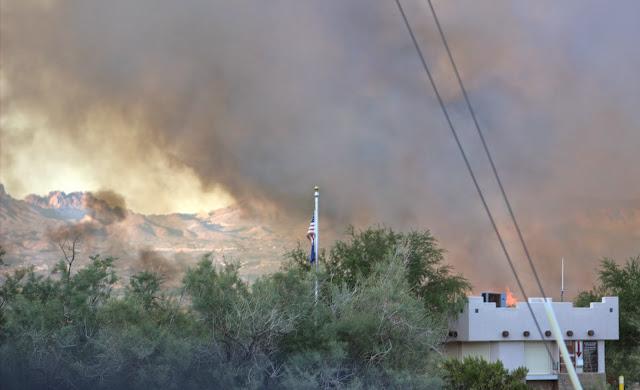 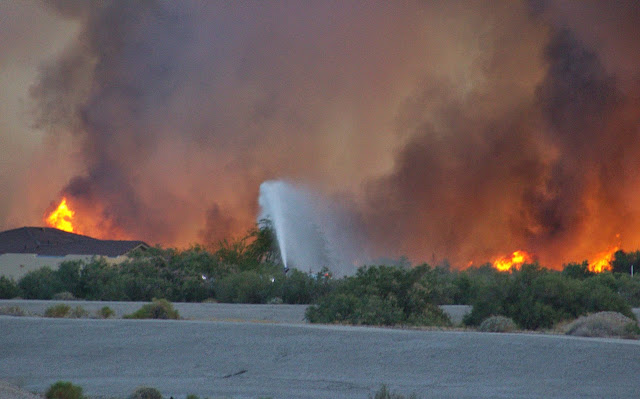 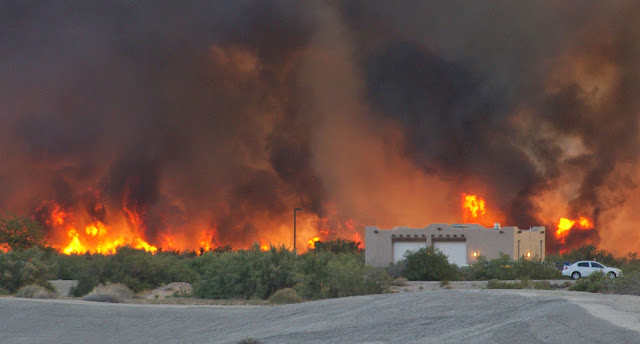 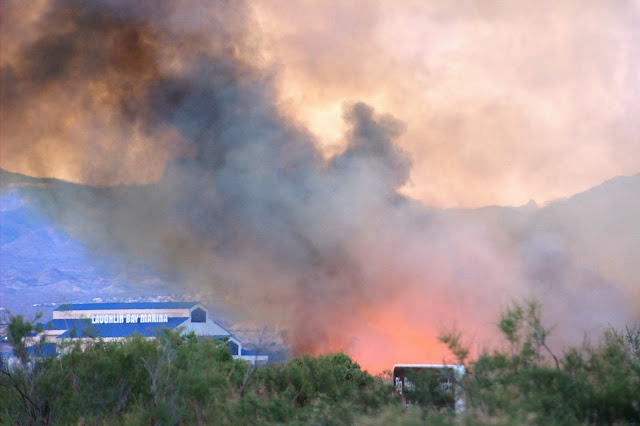 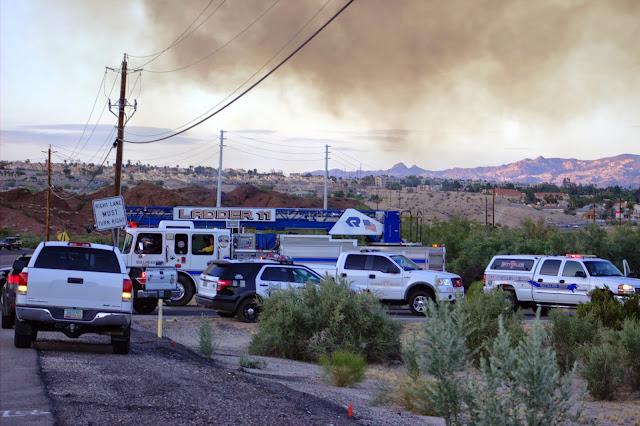 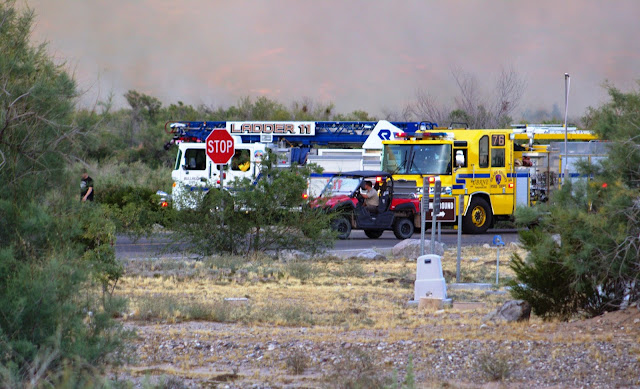 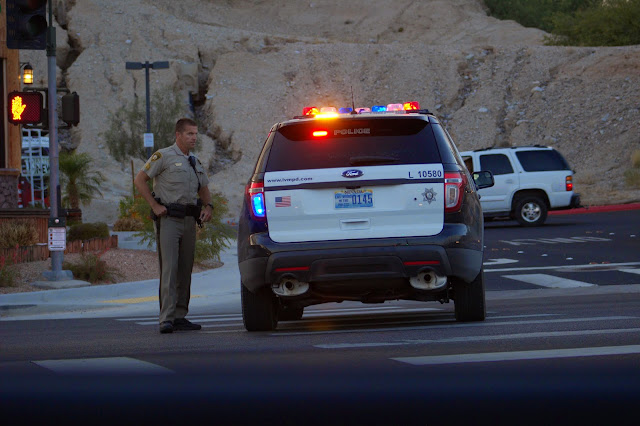 Traffic was closed from Casino Drive (West) at Gilligans Tavern on Needles Hwy all the way up past the crash site at Big Bend State Park.  For awhile authorities were worried about the fire jumping the Highway. 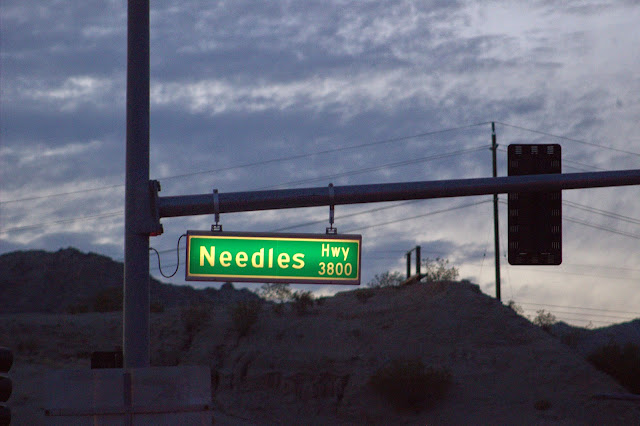 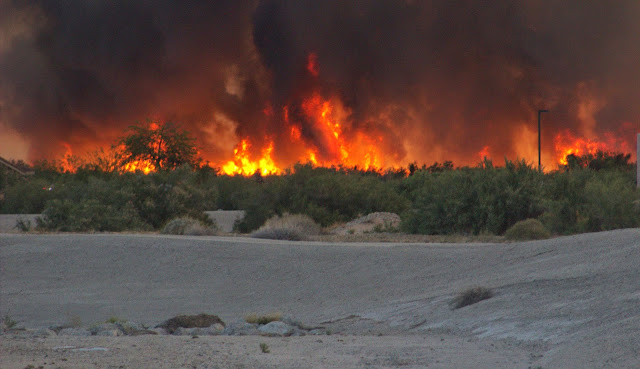 Video of the Mercy Air flight taking off and some of the flames burning. 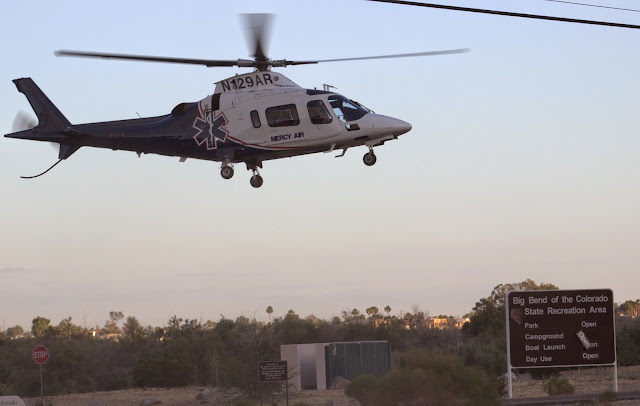 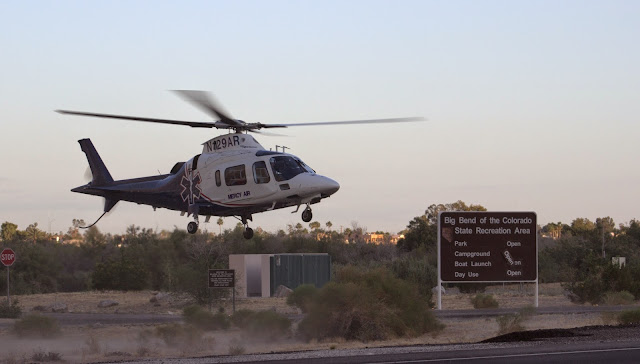 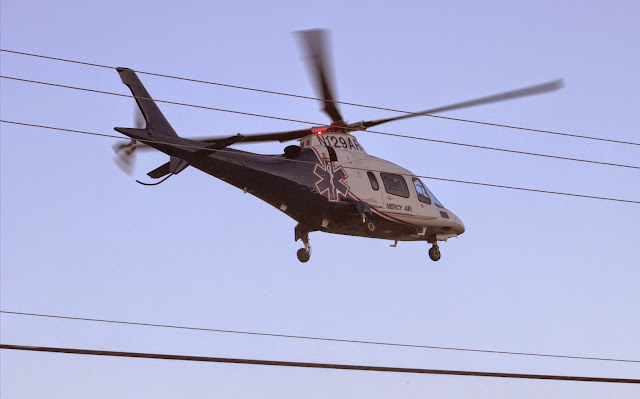 Responders on the Scene 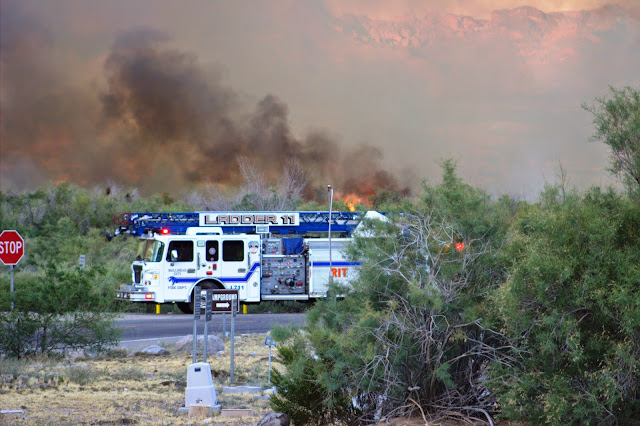 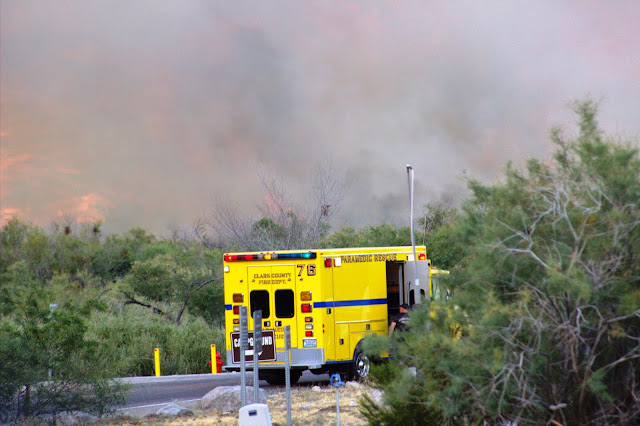 Update:  As of 5/19/15 Big Bend State Park is closed until further notice.  An investigation is underway as to the cause of the crash.  Authorities also want to make sure no further flare ups in the brush fire occur.

*All content in this blog post are presented for informational purposes only.  All pictures and video in this post were taken by Laughlin Buzz and are copyrighted. Feel free to share or use the pictures with credit/attribution.
Posted by Laughlin Buzz at 8:39 AM