Visitation numbers set record for Nevada, but are down in the local Laughlin, NV area.

The Las Vegas Convention and Visitors Authority released numbers on Friday that showed the best April ever recorded for Nevada.  This was driven by strong convention attendance.
BUT in Laughlin, visitor volume fell 11.6 percent to 161,995.
The average daily room rate was up 1.3% to $52.10.
The occupancy rate was down 1.5 percentage points to 65.4% 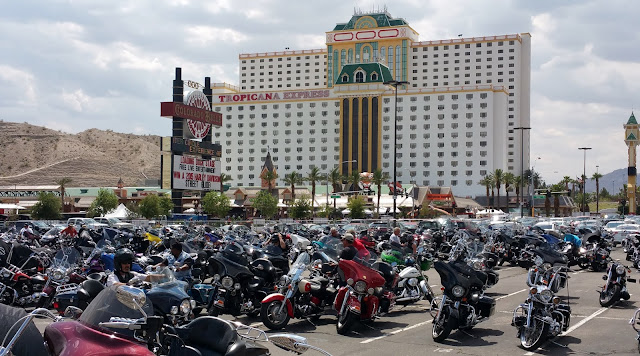 Even though visitation was down, gaming revenue was still up for April in Laughlin, April was also the month of the Laughlin River Run.  The Nevada Gaming Control Board numbers for April showed Casino Gaming Revenue was up slightly in Laughlin by 0.12%. Gaming revenue has been up for 3 consecutive months.

Visit the
Laughlin Buzz HomePage
for more about the Laughlin, NV area.

All content is presented for informational purposes and are based on data from the Las Vegas Visitor and Convention Authority and the Las Vegas Review Journal.  See entire article here.   We are not affiliated with, nor receive any compensation from any of the properties or entities mentioned herein.   Pictures by Laughlin Buzz.

Posted by Laughlin Buzz at 2:25 PM