Sunrise Service for Veterans in Laughlin 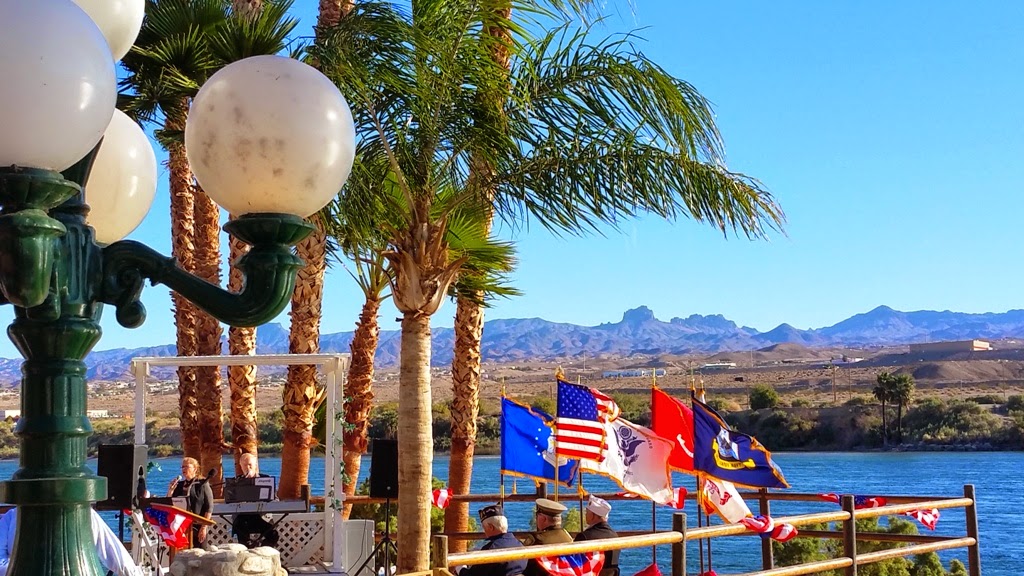 A small but loyal crowd of veterans, their loved ones, visitors and local residents gathered at the point on the Riverwalk by the Pioneer Casino early Saturday morning for the annual show of remembrance and appreciation for our Veterans.

Colors were presented by Veterans from the local American Legion Post 60. Bugler, Chuck Minerman also from Post 60 played Taps at the event. 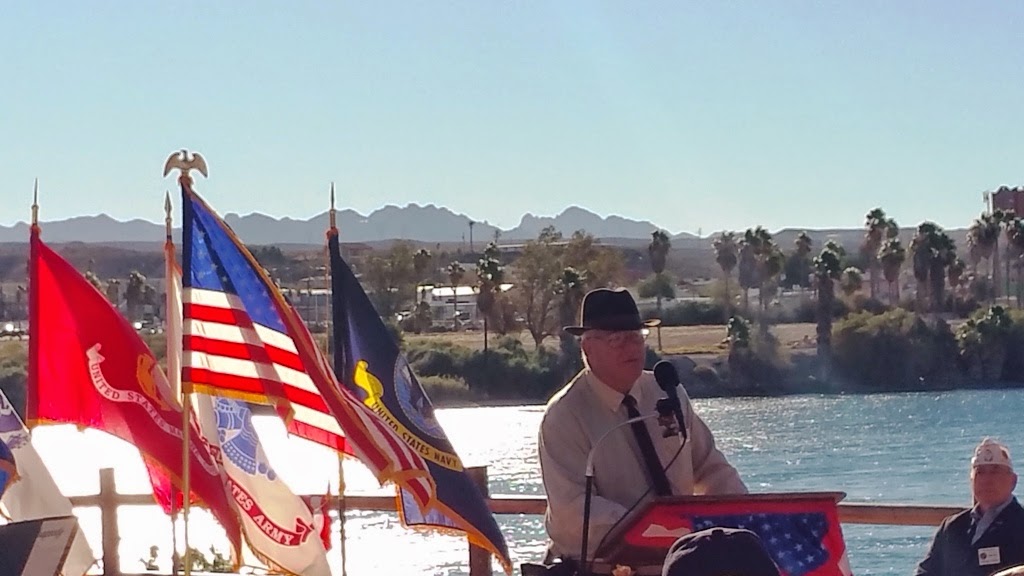 Laughlin Constable Jordan Ross led the crowd in the Pledge of Allegiance and shared his thoughts.  Father Charlie Urnick of St. John the Baptist Catholic Church gave the invocation. 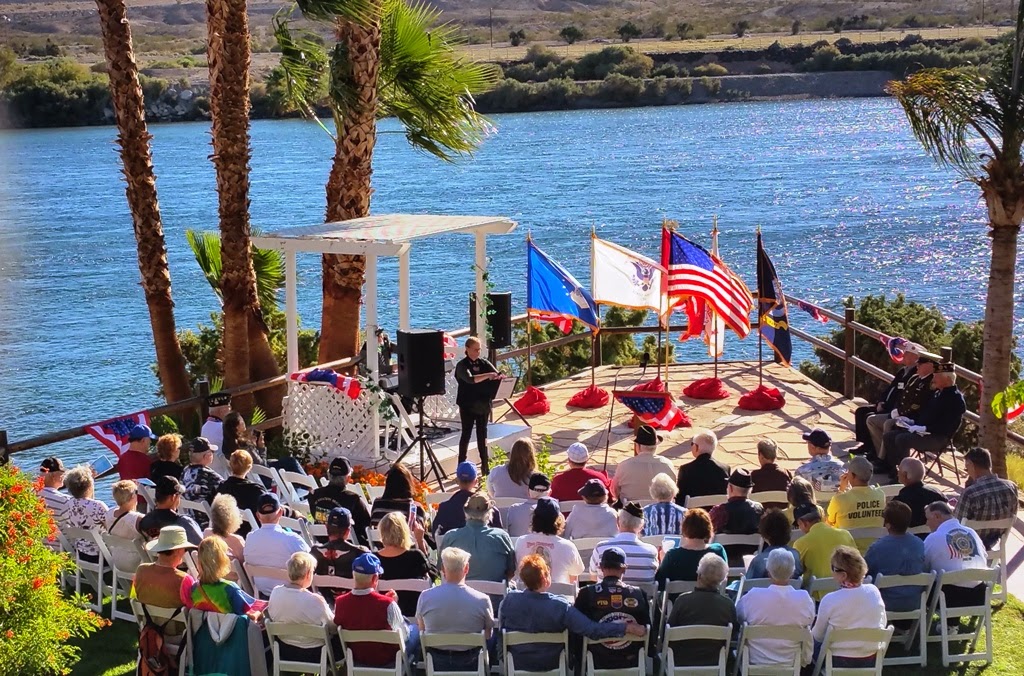 Music was performed by Norma Jean and George.  The only thing missing from the event this year was the a 21-gun salute by the Las Vegas Metropolitan Police Honor Guard. 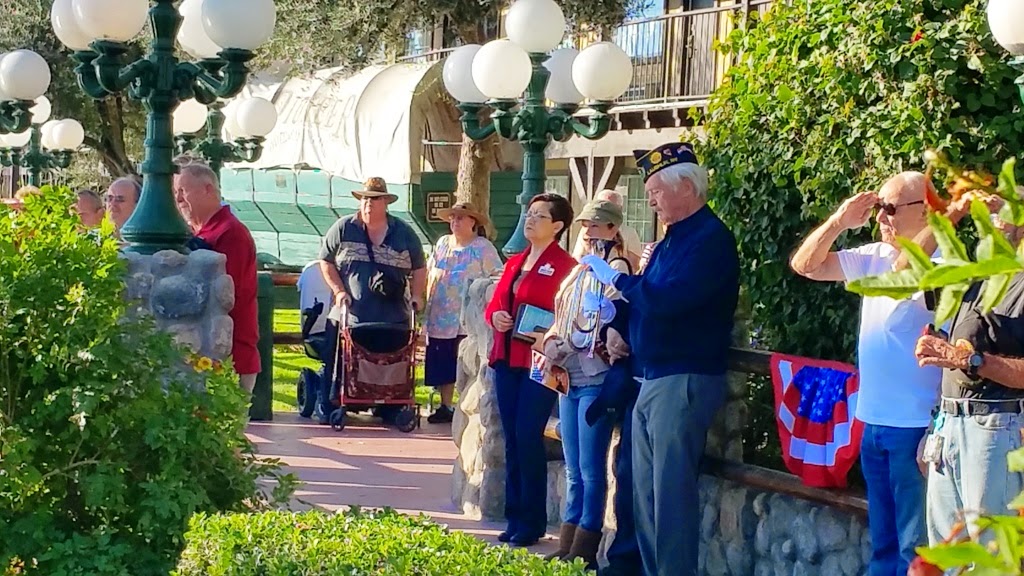 Since they did NOT have the 21 gun salute this year, we
are including this clip of the salute from last year.

To all Veterans, thank you for your service!

Posted by Laughlin Buzz at 9:40 AM