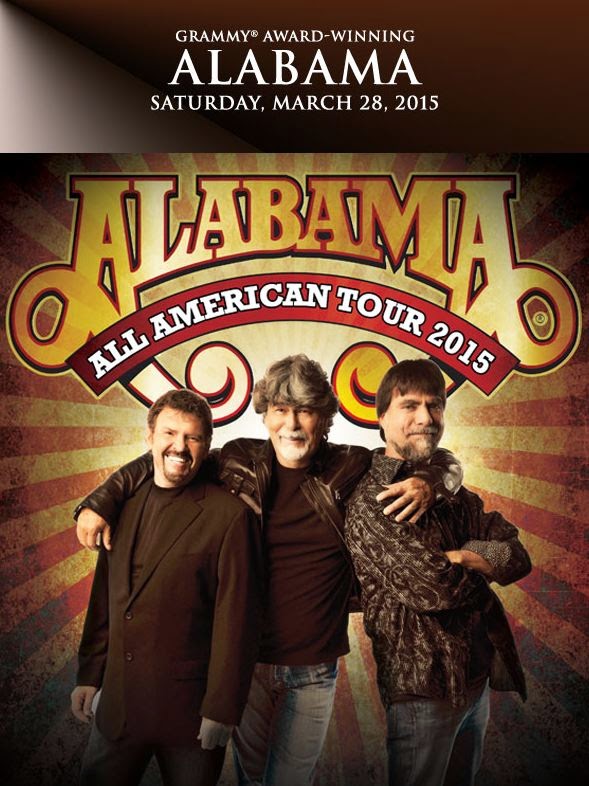 Country music fans have more good news to be excited about.

Alabama is coming to the Laughlin Event Center on Saturday, March 28th (2015)

The two time Grammy Award-winning country music band has had 43 #1 singles and are part of the Country Music Hall of Fame. Other awards and accolades they have received include the Minnie Pearl Humanitarian award, Entertainer of the Year awards three times from the CMA and five times from the ACM, as well as the latter's Artist of the Decade award. Their music also has earned 21 Gold, Platinum, and Multi-Platinum albums and were named the RIAA's Country Group of the Century. 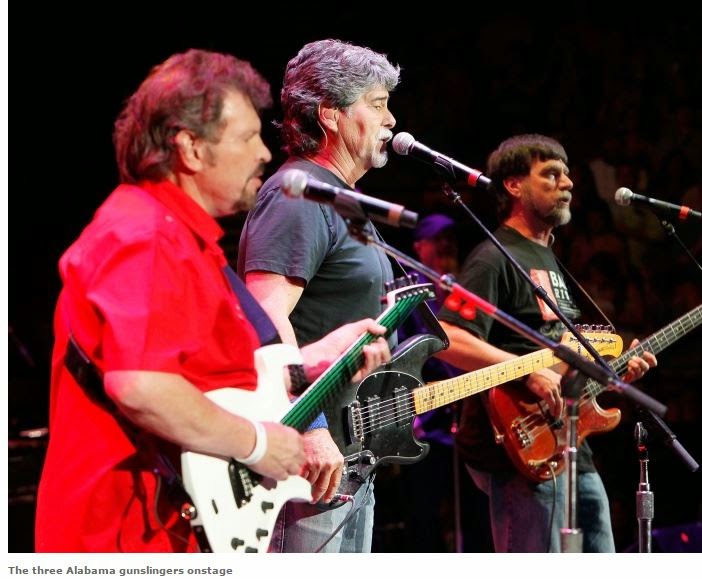 The All American Tour 2015 coincides with them looking forward to the release of their first studio album of new material in 14 years.

Check with your favorite local Casino/Hotel for room/show packages or visit the official Laughlin Event Center website for more ticket infao at:

Update:  As of 3-23-2015 there are plenty of bleacher section seats left and many still on the higher priced floor section.


Come and Join our Laughlin Buzz Facebook Group at:

All content and pictures are presented for informational and entertainment purposes. Time, events, data, and dates are subject to change by the property responsible for them.   We are not affiliated with, nor receive any compensation from any of the properties or entities mentioned herein.