The Oak Ridge Boys are coming to Laughlin

The Oak Ridge Boys will be in Laughlin,NV at Don Laughlin's Riverside Resort Hotel & Casino for 11 shows from February 10th-16th. 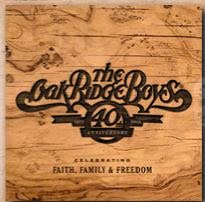 Their hits includes the Country-Pop chart-topper Elvira, as well as Bobbie Sue, Dream On, Thank God For Kids, American Made, and many others  They have scored 12 gold, 3 platinum, and a double platinum album—plus one double platinum single—and had more than a dozen national Number One singles and over 30 Top Ten hits.

Tireless performers they are once again our on tour with another high energy new live show.  . 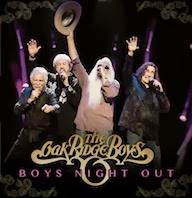 The 40th anniversary album is widely available and they recently signed deal with Cleopatra Records To Release Their First Ever Live Country Album.  Boys Night Out will be available on April 15th.

Catch them at the Celebrity Theater in Laughlin.  They have been a fan favorite in Laughlin and will be performing here for their 31st year.   A browse of the official Oak Ridge Boys website shows that even though they have been performing for over 50 years, they certainly have embraced social media.  You can follow them on Twitter, Facebook, Youtube, and they even have their own IPhone App.

Tickets can be purchased at the Riverside Box Office or via their website here.

Posted by Laughlin Buzz at 1:27 PM